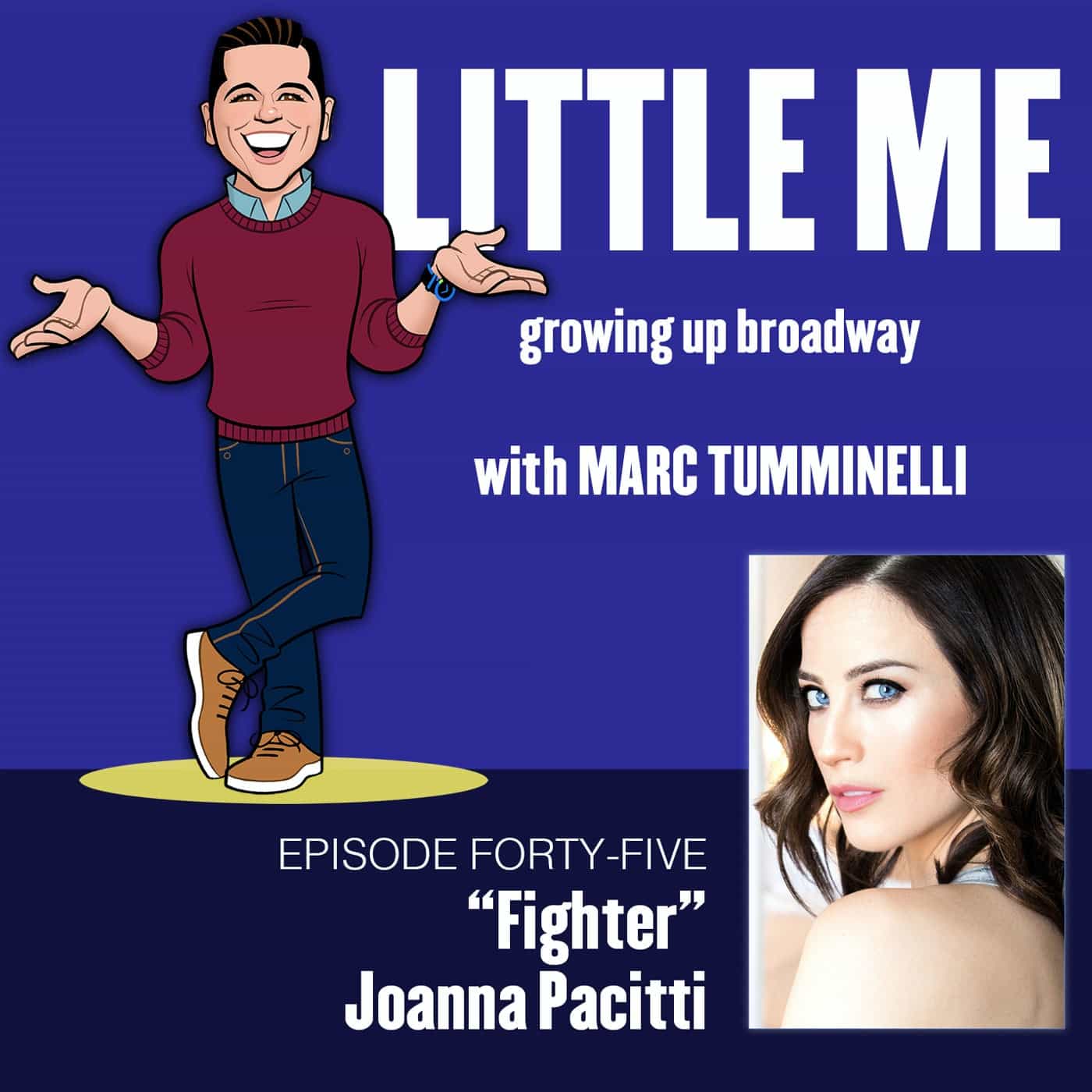 Joanna Pacitti breaks down her story of winning the nationwide search for the first Broadway revival of Annie in this week’s episode of LITTLE ME: Growing Up Broadway!

Joanna sits down with Broadway Workshop director, Marc Tumminelli and talks about growing up dancing and singing, performing in local theater, auditioning for the 1997 Broadway revival of Annie and competing with girls all across the United States for the title role, finding out from original Annie, Andrea McArdle that she booked the role, her love for Sandy, the joy of working and connecting with Martin Charnin, being filmed by Turning Point, and the excitement of performing in the pre-Broadway tour.

Joanna tells LITTLE ME listeners about the tragedy she experienced when she was let go from the show, the sadness of walking away from her cast who had become family, receiving support from past Annies, Andrea McArdle and Sarah Jessica Parker, and how this experience changed her as a person. Joanna talks about moving to Los Angeles at 16 years old and her transition into the music industry, writing and recording her songs, her experience on American Idol, and her dream of coming to Broadway.