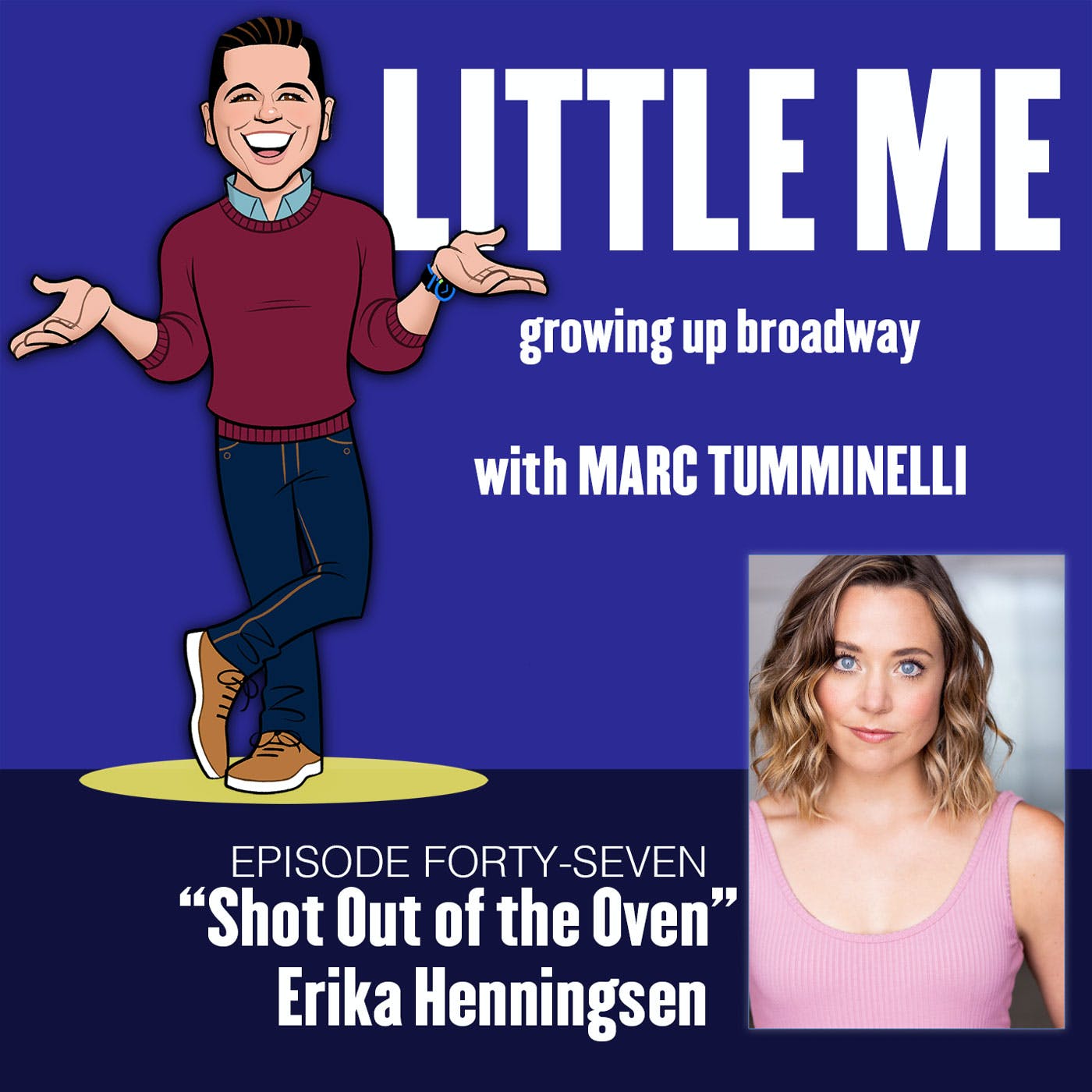 EP47 – Erika Henningsen – Shot Out of the Oven

Broadway’s Erika Henningsen breaks down her career creating the iconic role of “Cady Heron” in Mean Girls the Musical and making her Broadway debut as :Fantine” in Les Misérables in this week’s episode of LITTLE ME!

Erika sits down with Broadway Workshop director, Marc Tumminelli and shares how she fell in love with musical theater through her grandmother, watching movie musicals as a child, taking summer theater classes, performing in several musical productions in high school and realizing that she wanted to pursue this as a career when she played Belle in Beauty and the Beast, and her biggest takeaway from attending the competitive musical theater program at University of Michigan.

Erika tells LITTLE ME listeners about her fearless performance as Kim in Showboat with the New York Philharmonic, being a part of the out-of-town run of the musical Diner for which Sheryl Crow wrote the score, making her Broadway debut in Les Misérables, why it was a full circle moment for her, and what it was like playing Fantine at only 23 years old.

Erika also talks about her journey to booking the role of Cady Heron in Mean Girls, the meaningful compliments she and her cast received from Patti LuPone, what she misses most about leading a show on Broadway, working with Tina Fey again on the star-studded TV show Girls5eva in which she played the younger version of Paula Pell’s character Gloria, her love of teaching musical theater workshops, and her passion for social activism.

After a sold-out residency at The Green Room 42 this past spring and summer, Erika will be performing a solo show at Chelsea Table & Stage on Sunday, September 19! Marc and Erika break down what to expect from this new show!