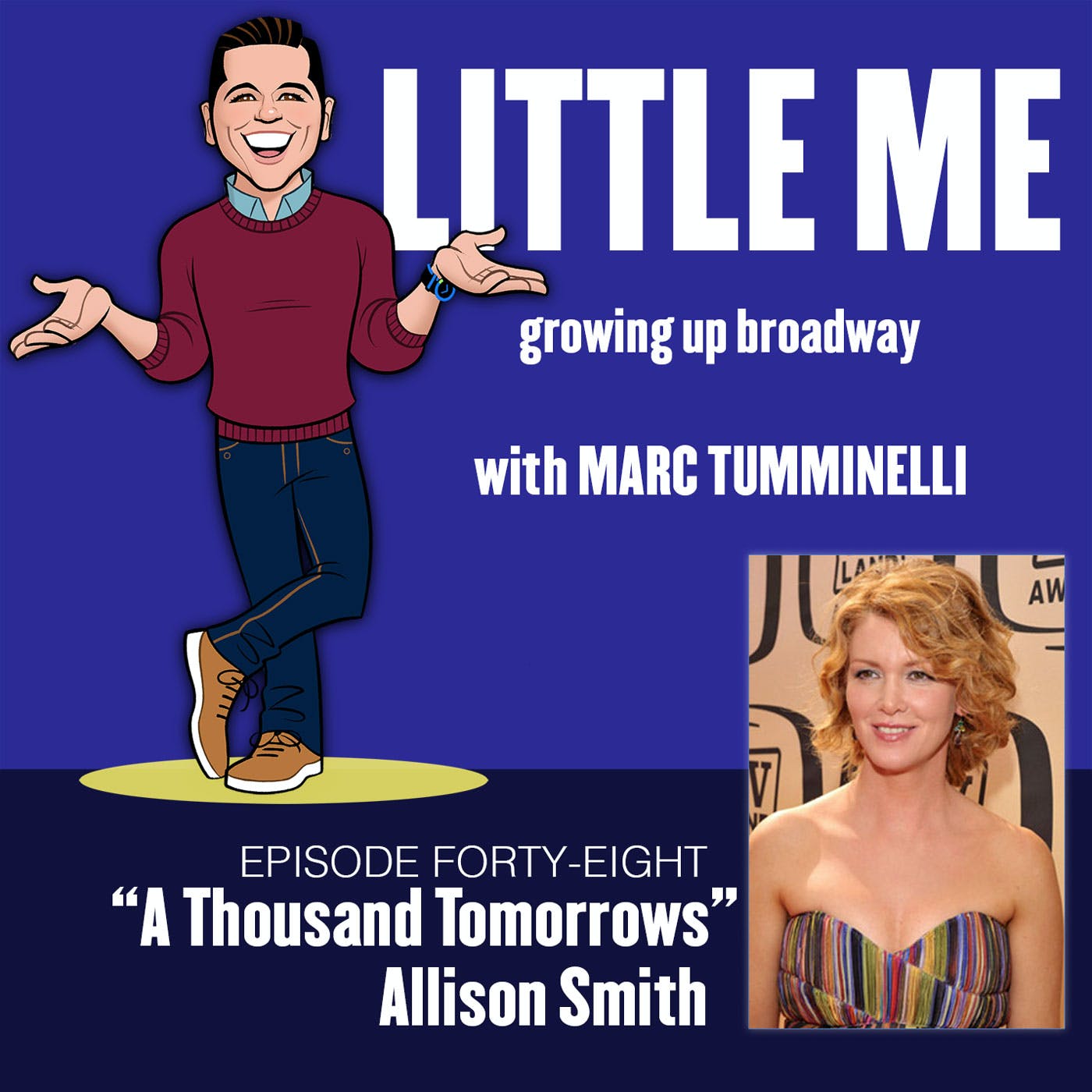 Allison Smith recounts over 1000 performances as ANNIE on Broadway and her time starring on the 1980’s hit CBS comedy Kate & Allie on this weeks all new LITTLE ME: Growing Up Broadway!

Little Me Host and Broadway Workshop director, Marc Tumminelli sits down with Broadway, Film and TV star, Allison Smith to get her full story on the record. Allison shot to stardom as the 4th Annie on Broadway, replacing Sarah Jessica Parker. Allison shares her favorite memories of her over 1000 performances on Broadway in Annie. Allison tells the Little Me audience about going from a normal New Jersey kid to the original Broadway company of EVITA starring Patti LuPone almost over night, her favorite co-stars in her long run as Annie, and her iconic performance as Jennie Lowell on the CBS sitcom Kate & Allie.

Allison shares some of her magical memories of all of her TV work including; her time on The West Wing, working with the Kate & Allie cast, writing projects, TV musical performances, missed opportunities, the highs and lows of playing America’s favorite orphan and what she is looking forward to in the next chapter of her extraordinary life.