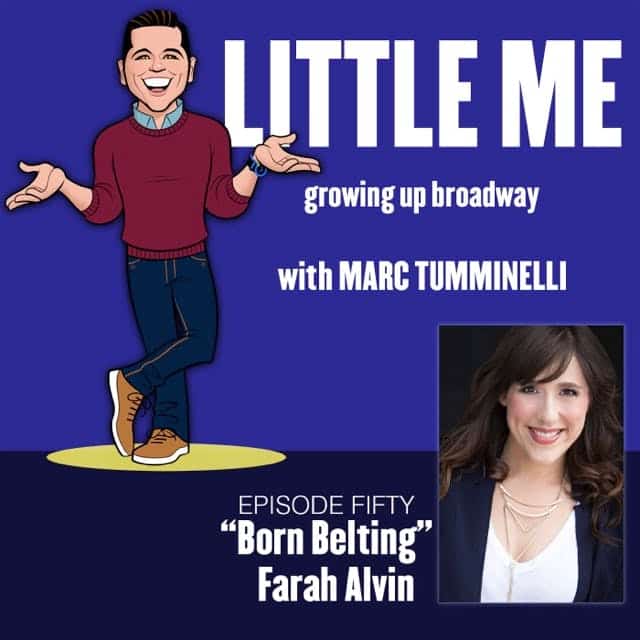 For our 50th episode, we welcome Broadway’s Farah Alvin who breaks down her time as a “Hollywood” kid and her incredible Broadway journey!

Little Me host and Broadway Workshop director, Marc Tumminelli sits down with his friend and collaborator Farah Alvin for a fantastic chat where they breakdown Farah’s childhood performance career and so much more. Farah tells the Little Me audience about growing up in Hollywood and her very early days of playing nightclubs and gay bars, stopping the show with her amazing vocals! Farah shares backstage stories about performing for Bill Clinton at the Kennedy Center, recording the concept album of Frank Wildhorn’s Jekyll and Hyde, being part of the MSG production of A Christmas Carol, making her Broadway debut in Grease!, working on I Love You Because, her upcoming album On Vinyl and her special connection to the iconic E.T. movie poster.

Produced by Marc Tumminelli and The Broadway podcast Network