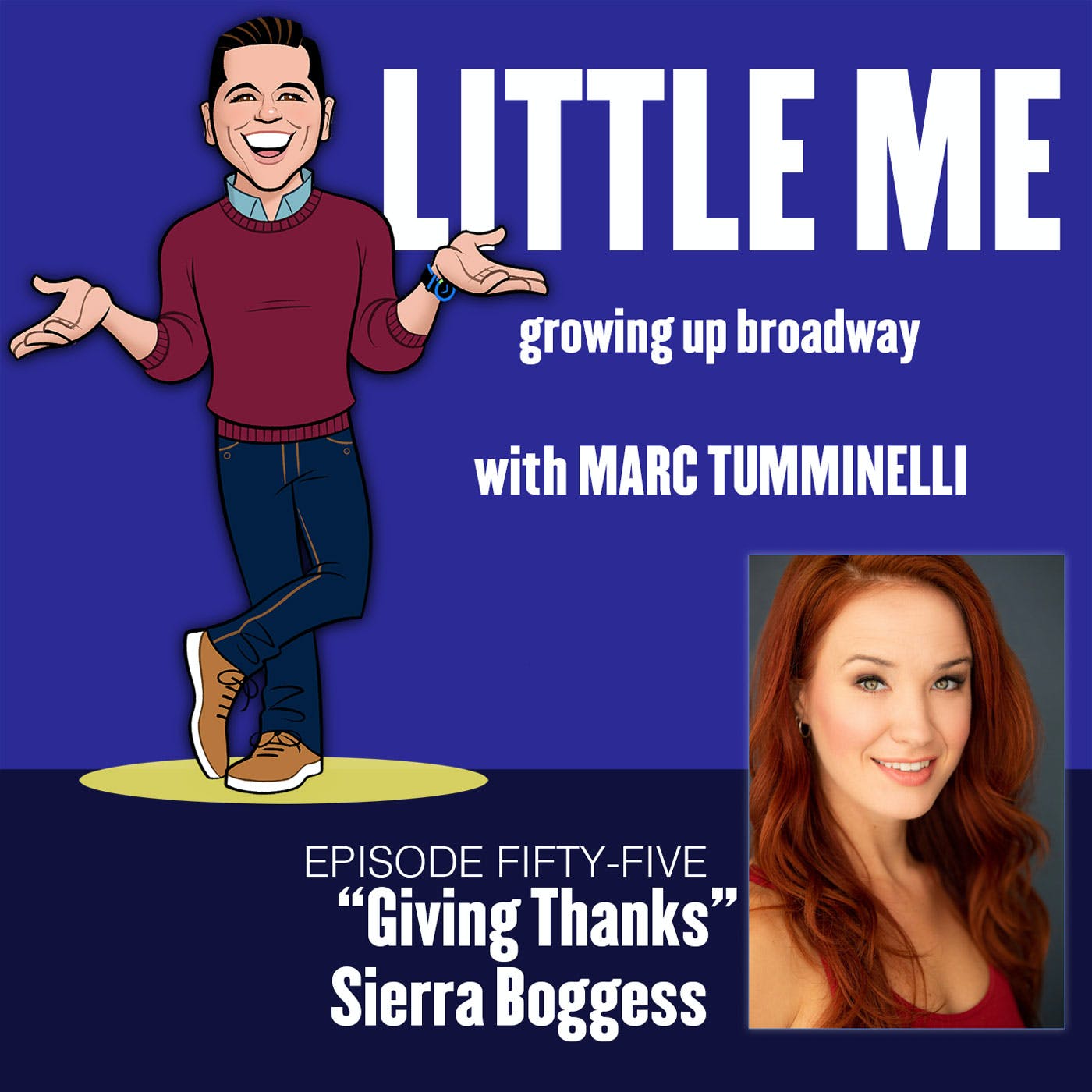 This week in cerebration of Thanksgiving we are giving thanks with Broadway superstar – Sierra Boggess!

In our special Thanksgiving episode, Little Me host and Broadway Workshop director, Marc Tumminelli sits down with Broadway’s Sierra Boggess to talk about her early career growing up in Denver, Colorado, her very musical family, her start as an ice skater, performing in the youth choir, her high school musicals, the college audition process, her first show – Princesses leading to her booking the national tour of Les Miserables, creating the role of Christine in original cast of the Las Vegas production of The Phantom of the Opera, flying back to NYC for a Little Mermaid audition, making her Broadway debut as Ariel in Disney’s The Little Mermaid, becoming an overnight Broadway star, putting her stamp on Christine in the Broadway company and 25th anniversary filming of The Phantom of the Opera, her all new album Together At A Distance with with Julian Ovenden and so many backstage stories just for the LITTLE ME audience.

For this thanksgiving episode, Sierra and Marc share what they are thankful for and give thanks to the people who helped them get to where they are.