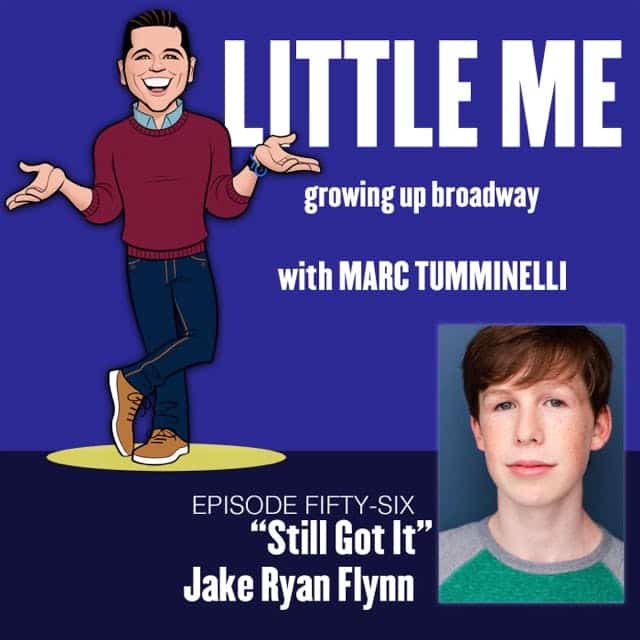 Mrs Doubtfire star, Jake Ryan Flynn recounts his nearly 5 years on the Broadway roller coaster in this week’s LITTLE ME!

Broadway teen Jake Ryan Flynn sits down with Broadway Workshop Director, Marc Tumminelli and talks about his journey with Mrs. Doubtfire from readings to Seattle to Broadway, performing in three previews before Broadway shut down in March of 2020, staying connected to the cast during the pandemic, and the incredible teaching moments he has experienced working alongside Rob McClure and Jerry Zaks. Jake also talks about making his Broadway debut in Charlie and the Chocolate Factory, what it was like working on John Mulaney & The Sack Lunch Bunch and performing “Grandma’s Got a Boyfriend,” and his adventure in writing his own musical. Make sure to watch Jake in the film Cape Cod Christmas this December!