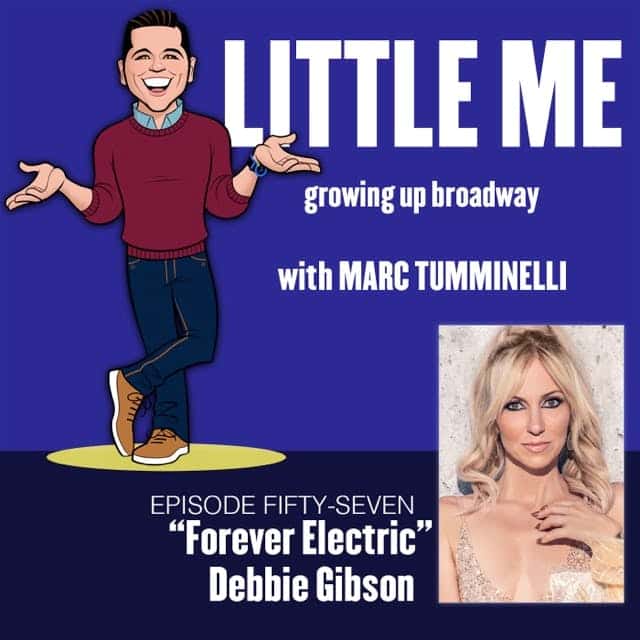 Dreams are coming true this week on Little Me as Marc is joined by Debbie Gibson for an inside look at her meteoric rise to fame as a teenager growing up on Long Island.

Debbie opens up about her early days recording in her garage, selling her first song, becoming the youngest female to write, produce and perform a #1 song, the lasting power of her hit song Lost in Your Eyes, her first time on stage as kid, her obsession with being in Annie, navigating becoming an international pop star while attending high school, her thoughts on Britney Spears, making her Broadway debut as Éponine in Les Misérables, her time playing Belle in Beauty and the Beast, playing Sally Bowles in Cabaret, Doing Grease in London and on Broadway, playing Louise opposite Betty Buckley in Gypsy, her experience stepping in to the role of Fanny Brice in the national tour of Funny Girl and so much more.