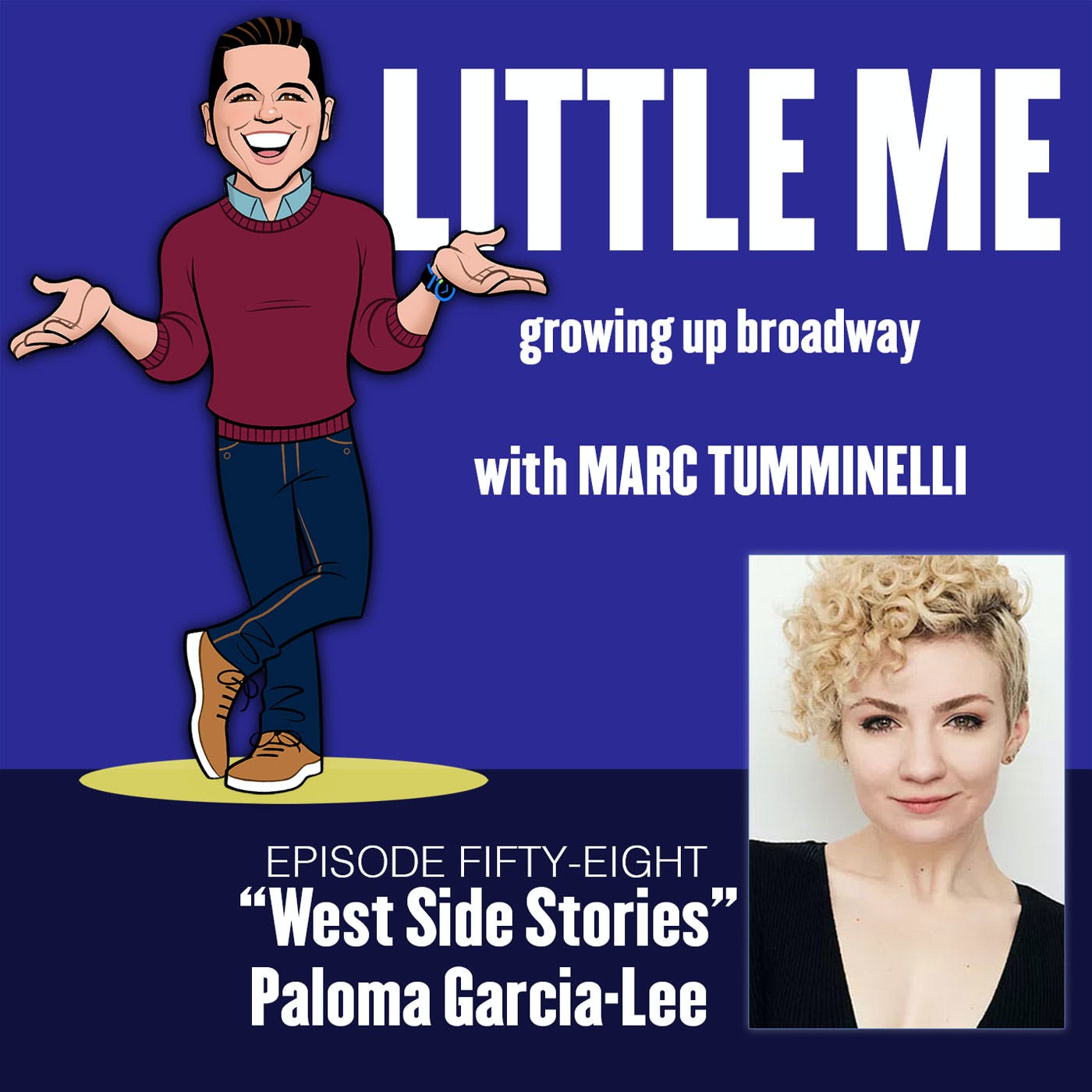 We are celebrating the release of Steven Spielberg’s West Side Story with star Paloma Garcia-Lee this week on LITTLE ME: Growing Up Broadway!

Little Me host and Broadway Workshop director, Marc Tumminelli catches up with Broadway, TV and film star – Paloma Garcia Lee, who shares the incredible of story of going from unstoppable Broadway dancer to blowing up the silver screen as Graziella in Steven Spielberg’s all new film of West Side Story.

Paloma shares her incredible story of manifesting playing the iconic role of Graziella and how she was able to put her own stamp on it, what it was like filming with legend Steven Spielberg, working with her West Side cast, having to wait nearly two years for the films release, her new life living in LA, her wild connection with the role of Graziella, balancing being part of Moulin Rouge on Broadway while filming West Side Story, filming Fosse/Verdon, working with Sam Rockwell, making her Broadway debut at 17 in Phantom of the Opera, being part of the Broadway casts of Nice Work If You Can Get it, On The Town, …The Great Comet, Charlie and the Chocolate Factory and Moulin Rouge.