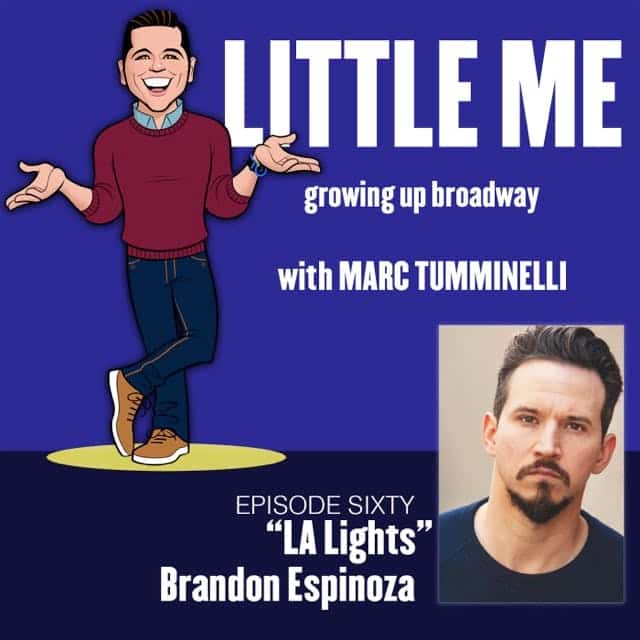 Broadway’s Brandon Espinoza breaks down his 25+ years in show business in the first LITTLE ME episode of 2022!

Little Me, Host and Broadway Workshop director, Marc Tumminelli sits down with Broadway, TV and film actor, Brandon Espinoza who made his Broadway debut at the age of 10 in The Will Rogers Follies, and then went on to star as a kid on Broadway in 90’s mega musicals; Les Misérables, and BIG! Brandon also recounts his time on Broadway as an adult in Gypsy, Tuck Everlasting and Spongebob Squarepants. He shares his backstage stories, his celebrity encounters, his time in training in college and so much more.

Produced by Marc Tumminelli and the Broadway Podcast Network