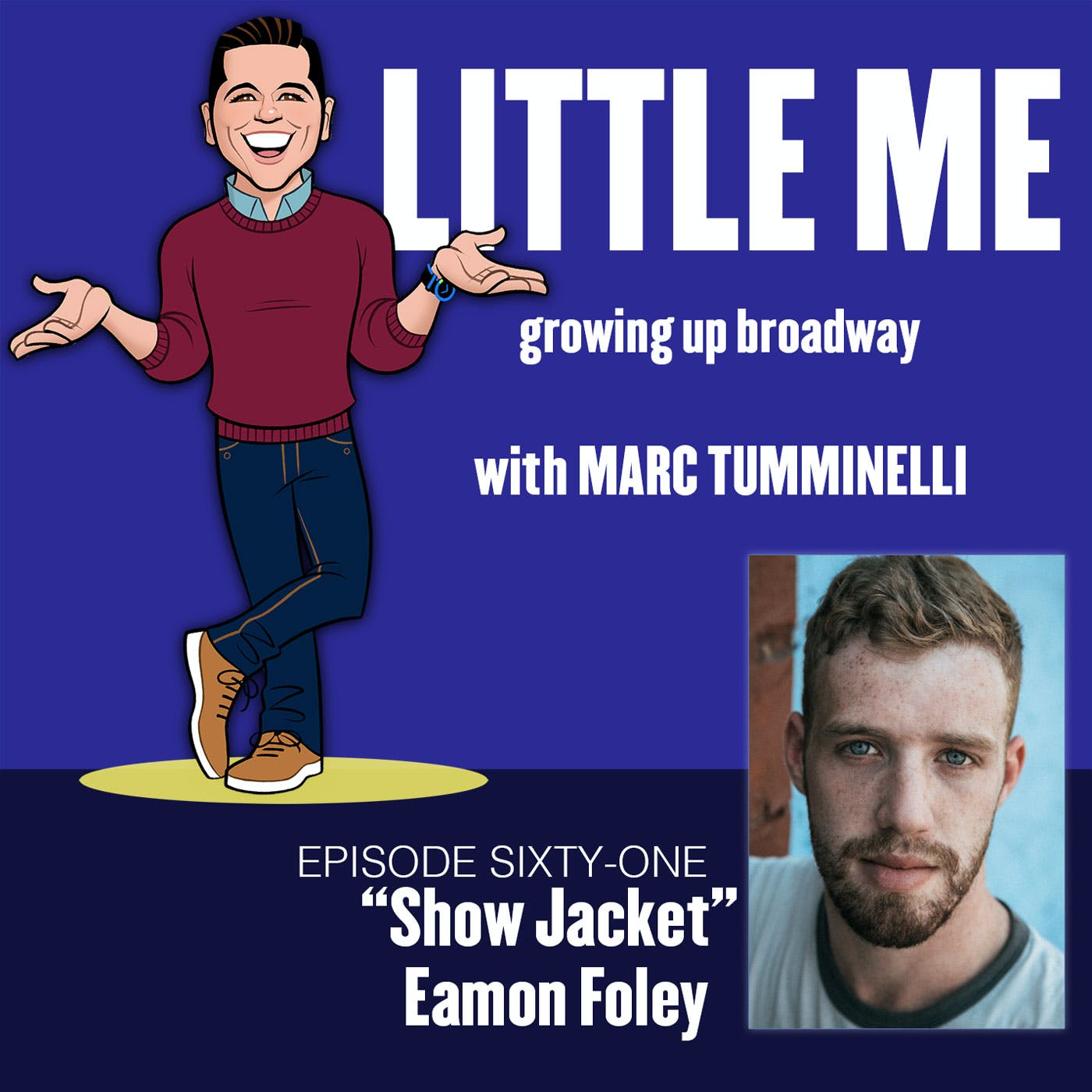 Broadway child superstar – Eamon Foley breaks down his early career and his quest for a Broadway “Show Jacket” in this weeks LITTLE ME: Growing Up Broadway.

Little Me host and Broadway Workshop director, Marc Tumminelli sits down with Broadway’s Eamon Foley who tells his unbelievable backstage story of working on Broadway starting at nine years old, performing in the original casts of Gypsy, directed by Sam Mendes, Assassins, directed by Joe Mantello, 13! The Musical, How The Grinch Stole Christmas, and stopping the show opposite Sherie Rene Scott in Everyday Rapture, directed by Micheal Meyer. Eamon shares what he is working on now, reads a letter from Stephen Sondheim, talks about working with Michael Arden, his time and Princeton and what it’s like to be outed in the New York Times at age 11.