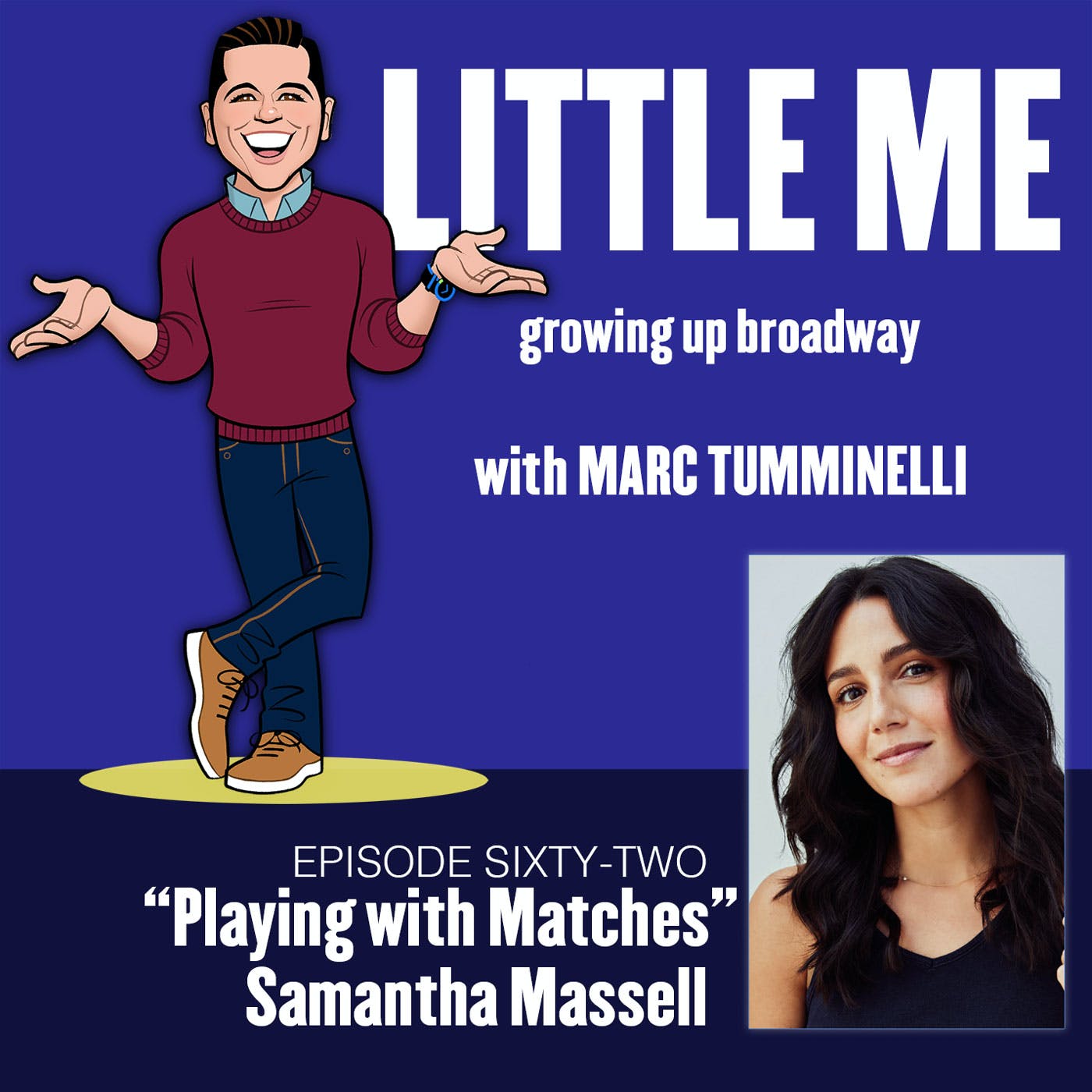 Samantha Massell spills the tea on her Broadway debut in Baz Luhrmann’s La Bohème in this weeks LITTLE ME: Growing Up Broadway!

Little Me host and Broadway Workshop director, Marc Tumminelli catches up with Samantha Massell who has appeared on Broadway as Hodel in the acclaimed revival of Fiddler on the Roof as well as a child star turn in Baz Luhrmann’s Broadway production of La Bohème. Samantha talks about being a child actor growing up in NYC, desperately wanting to be in Annie, working as an assistant to Lin-Manuel Miranda, performing in the Met’s children’s chorus, remounting the musical Rags, being part of the original cast of Hunchback and eventually finding herself back on Broadway in the same theater where she started her Broadway journey.