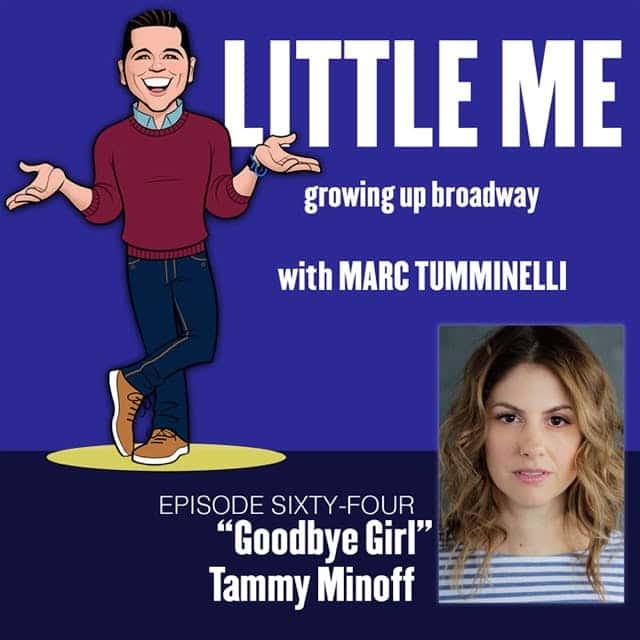 Tammy Minoff recounts her time starring on Broadway in The Goodbye Girl and The Will Rogers Follies in episode 64 of Little Me: Growing Up Broadway!

Actress, director, writer and producer, Tammy Minoff joins Little Me host, Marc Tumminelli for a hilarious backstage tour of her years starring on Broadway! Tammy unpacks her childhood experince originating the role of Mary Rogers in The Will Rogers Follies directed by the great Tommy Tune and creating the role of Lucy McFadden in Neil Simon’s The Goodbye Girl opposite Bernadette Peters and Martin Short. Tammy also catches us up on what she has been up to in recent years including writing, directing and starring in the romantic comedy – Limerence!