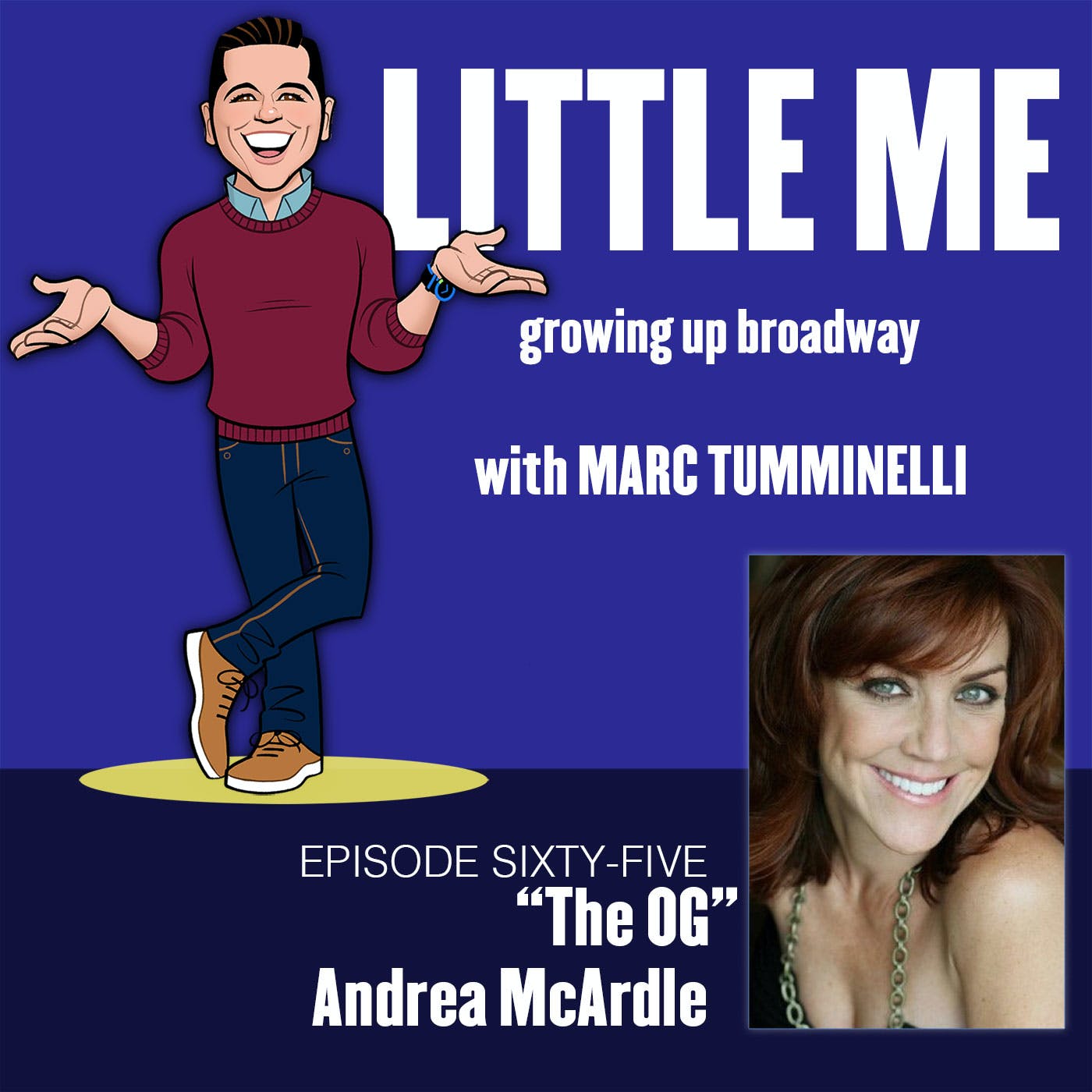 The history making original star of Annie, ANDREA MCARDLE is with us to celebrate our 2nd anniversary!

In this historic anniversary episode Little Me host and Broadway Workshop director, Marc Tumminelli sits down with the Broadway star that started it all for young performers on Broadway – Andrea McArdle. Andrea breaks down her amazing career, the major moments that defined her, the ups and downs, the incredible celebrity encounters, the missed opportunities, and so much more in the 65th episode of Little Me: Growing Up Broadway!

Andrea McArdle first captured the hearts of theatergoers everywhere in 1977 when she originated the title role in the mega-musical Annie. As “Annie”, Andrea became the youngest performer ever to be nominated for a Tony Award as Best Lead Actress in a Musical. She also received the Theater World and Outer Critics’ Circle Awards for her performance and went on to star when the show was produced on London’s West End. Also, on Broadway, Andrea starred in the Jerry Herman musical Jerry’s Girls alongside Carol Channing and Leslie Uggams, in Andrew Lloyd Webber’s Starlight Express, State Fair; Les Miserables and as Belle in Disney’s Beauty and the Beast. Andrea also starred as Judy Gardland in the TV movie, RAINBOW on NBC and has dazzled audiences all over the world in her numerous concert appearances.