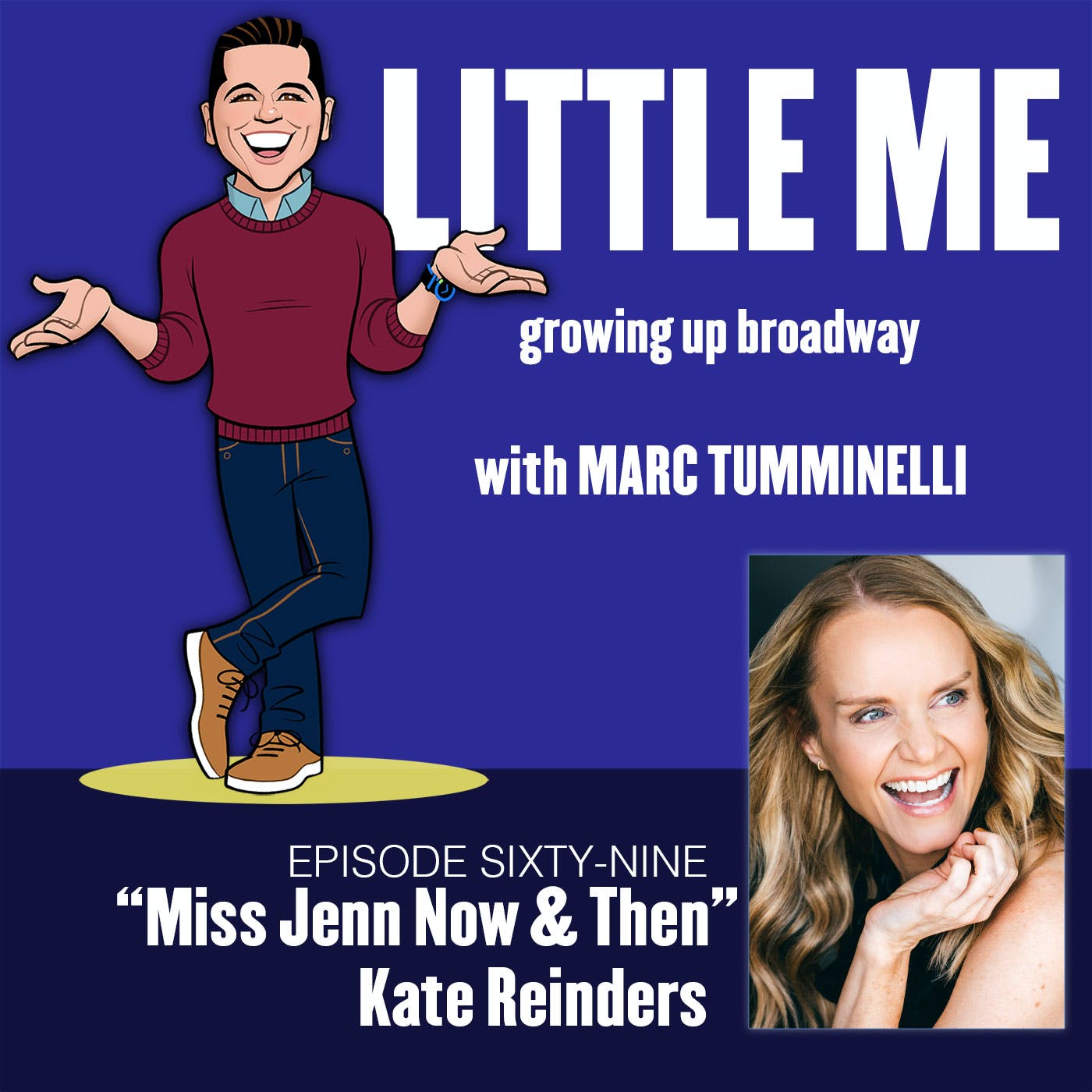 Broadway and Disney+ Star – Kate Reinders breaks down her career in episode 69 of Little Me: Growing up Broadway!

Little Me host and Broadway Workshop director, Marc Tumminelli sits down with Kate Reinders who chats about playing the beloved “Miss Jenn” in High School Musical: The Musical: The Series! Kate also shares her early career story growing up doing community and school theater, making the big move to NYC and going on to be part of the the short lived The Adventures of Tom Sawyer on Broadway as well as the Broadway casts of the 2002 Broadway revival of Into The Woods and the 2003 revival of Gypsy where she played Dainty June opposite Bernadette Peters, what it was like starring in Good Vibrations on Broadway and playing Glinda in Wicked as well as her time in Broadway’s Something Rotten, and Beautiful!

Kate breaks down some wild audition stories, being part of Disney family, being part of Frog and Toad, working with Tim Federle, Olivia Rodrigo, Julia Lester, Sheri Shepard, the joys of motherhood living in Utah and so much more!

Produced by The Broadway Podcast Network and Marc Tumminelli.