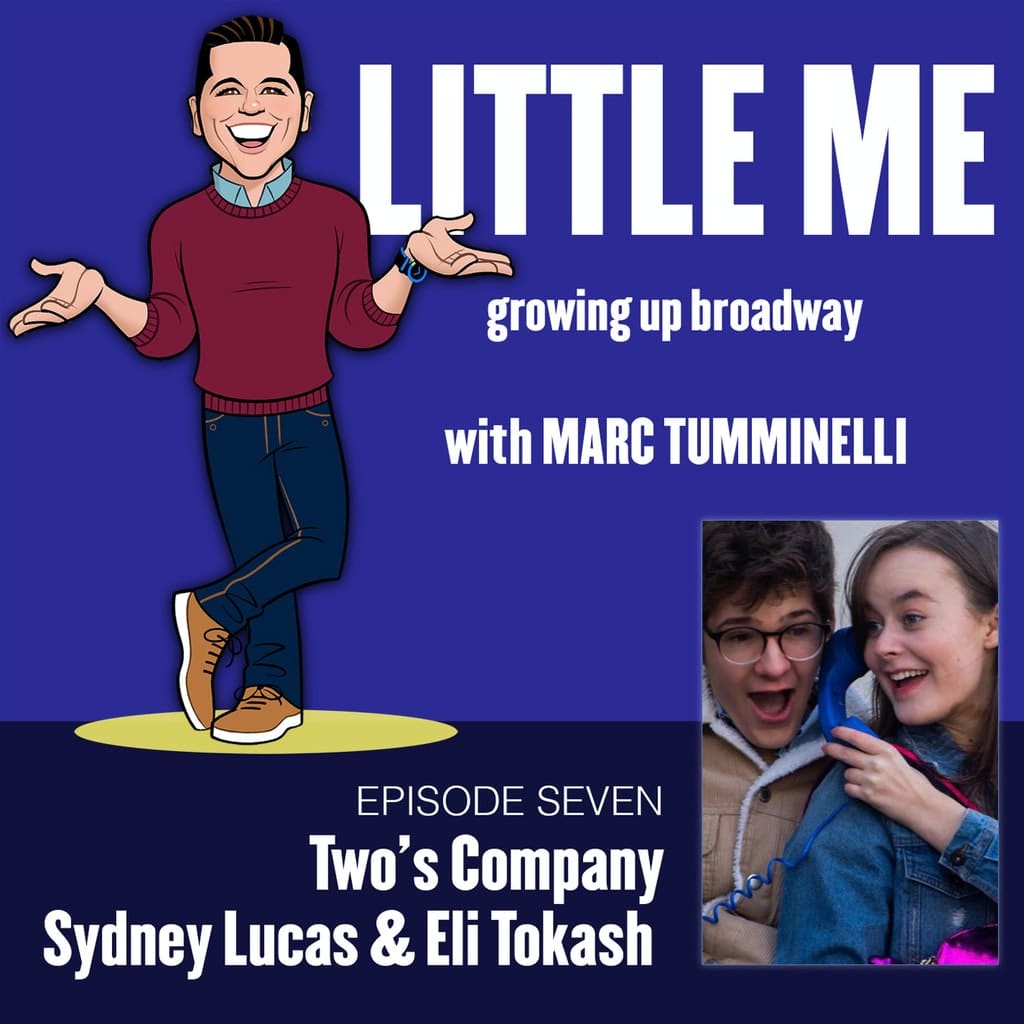 Little Me host, Marc Tumminelli talks with Tony Award nominee Sydney Lucas and Broadway’s Eli Tokash about the dramas of having success at a young age and the launch of their new podcast – Take a Bow (available from the Broadway Podcast network). Sydney shares her incredible story of being part of Fun Home from the first reading to Broadway. Eli shares his journey from touring to making his Broadway debut in Pippin and then moving to Finding Neverland. The pair talk about everything from performing at the Tony Awards to what Matthew Morrison is like off stage and the roles they would die to play.