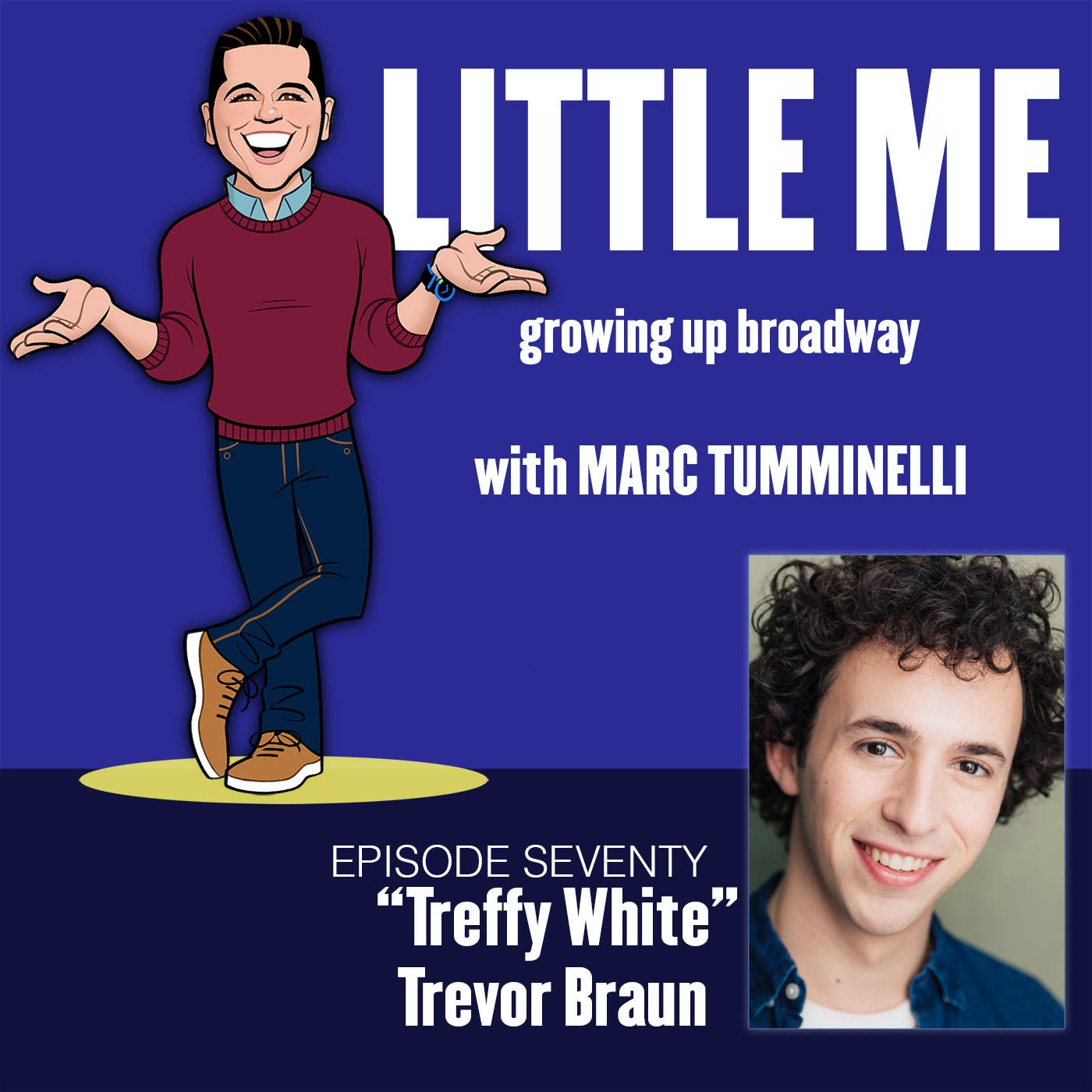 Broadway’s Trevor Braun tells his growing up Broadway story in episode 70 of Little Me: Growing Up Broadway!

Little Me Host, and Broadway Workshop director, Marc Tumminelli sits down with former child actor and current star of off Broadway’s THE PLAY THAT GOES WRONG – Trevor Braun! Trevor tells his Broadway story, making his Broadway debut as CHIP in BEAUTY AND THE BEAST and going on to originate the role of Flounder in Disney’s THE LITTLE MERMAID, Michael in BILLY ELLIOT and the original Broadway cast of THE FERRYMAN. Trevor shares the highs and lows of being a Broadway kid and the incredible and hilarious story of how he got his nickname Treffy White!

Produced by Marc Tumminelli and the Broadway Podcast Network