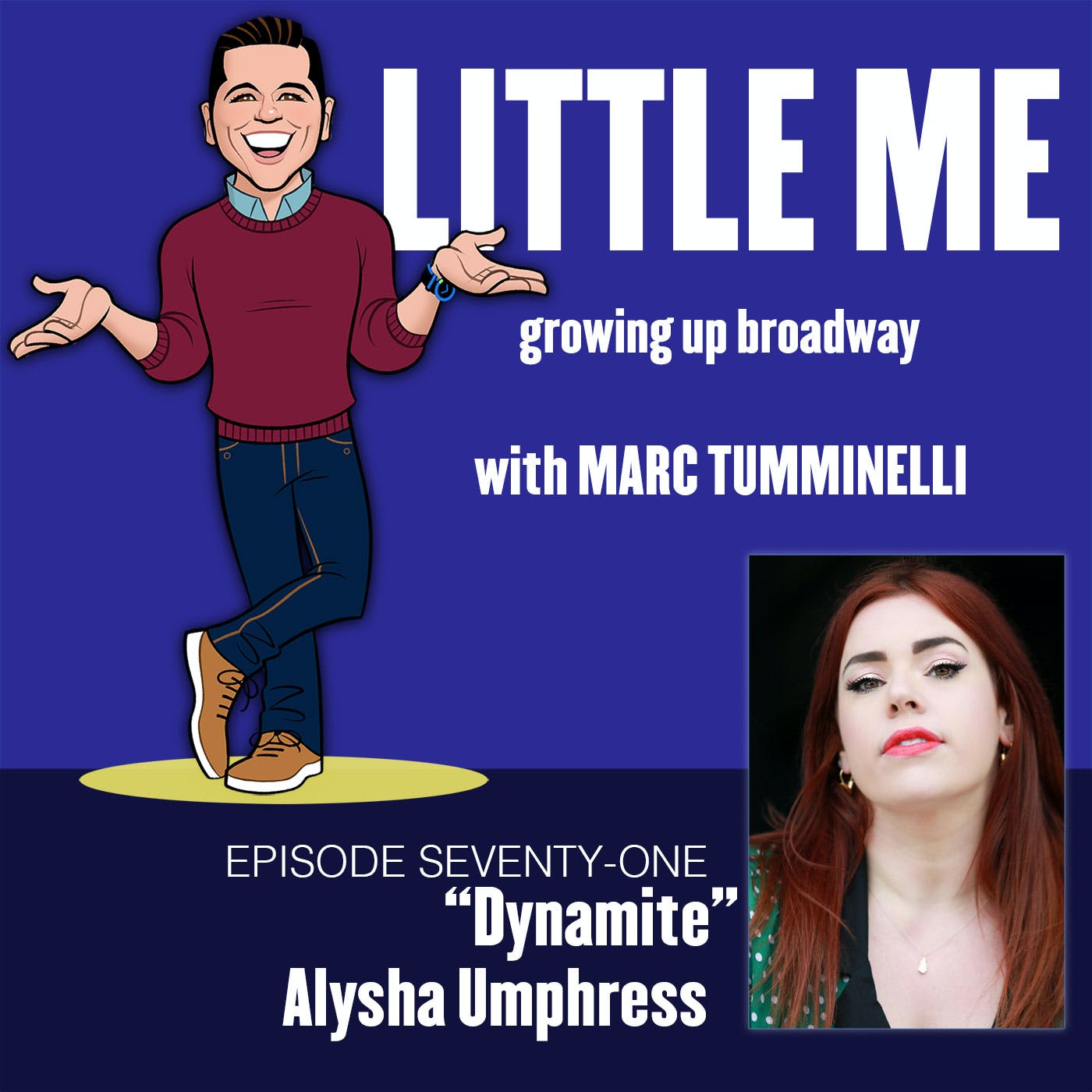 Broadway star – Alysha Umphress breaks down her childhood performance career in episode 71 of LITTLE ME: Growing Up Broadway.

Little Me host and Broadway Workshop director – Marc Tumminelli sits down with friend, Alysha Umphress to talk about her time on Broadway in On the Town, American Idiot, On a Clear Day You Can See Forever, Priscilla Queen of the Desert and Bring it On! Alysha shares all the magical moments of her childhood performing in the carnival/fair circuit, recording her epic album “Dynamite” at the age of 8, her local theater productions and so much more in this hilarious episode of LITTLE ME: Growing Up Broadway.