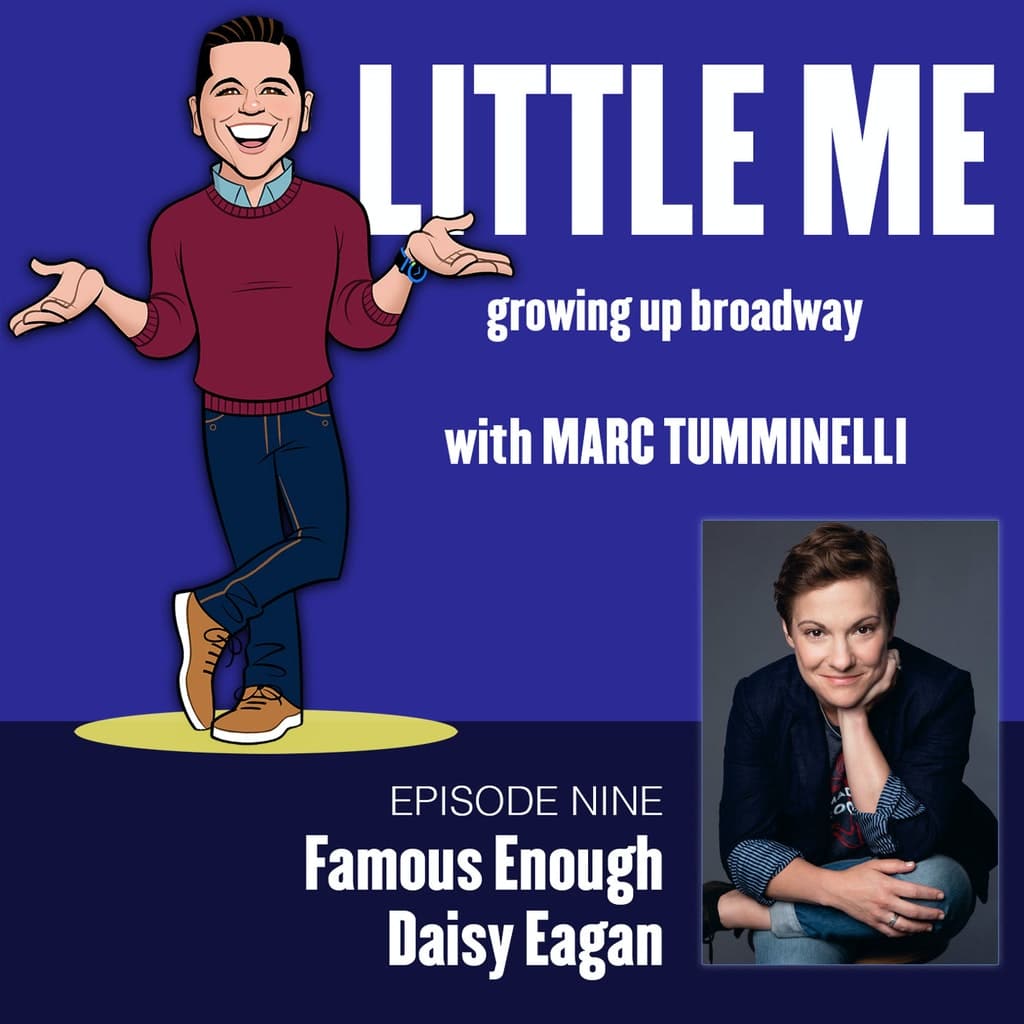 Little Me host, Marc Tumminelli sits down with his childhood obsession Daisy Eagan in episode 9 of Little Me: Growing Up Broadway. Daisy Eagan tells her remarkable story of going from a normal 9 year old living in Brooklyn, NY to receiving a TONY Award at age 11 for Best Featured Actress in a Musical. Daisy shares some magical moments of making her Broadway debut in Les Miserables before starring on Broadway in the history making Broadway production of The Secret Garden and her career beyond her famed TONY win. Daisy talks about her early auditions, reality TV, her Tony win, press performances, family life, high school, college, working in LA, being part of The Secret Garden Lincoln center concert, missed opportunities, working with Lena Dunham, stopping the show at the Sondheim: A Celebration at Carnegie Hall and going to Disneyland with Mandy Patikin.