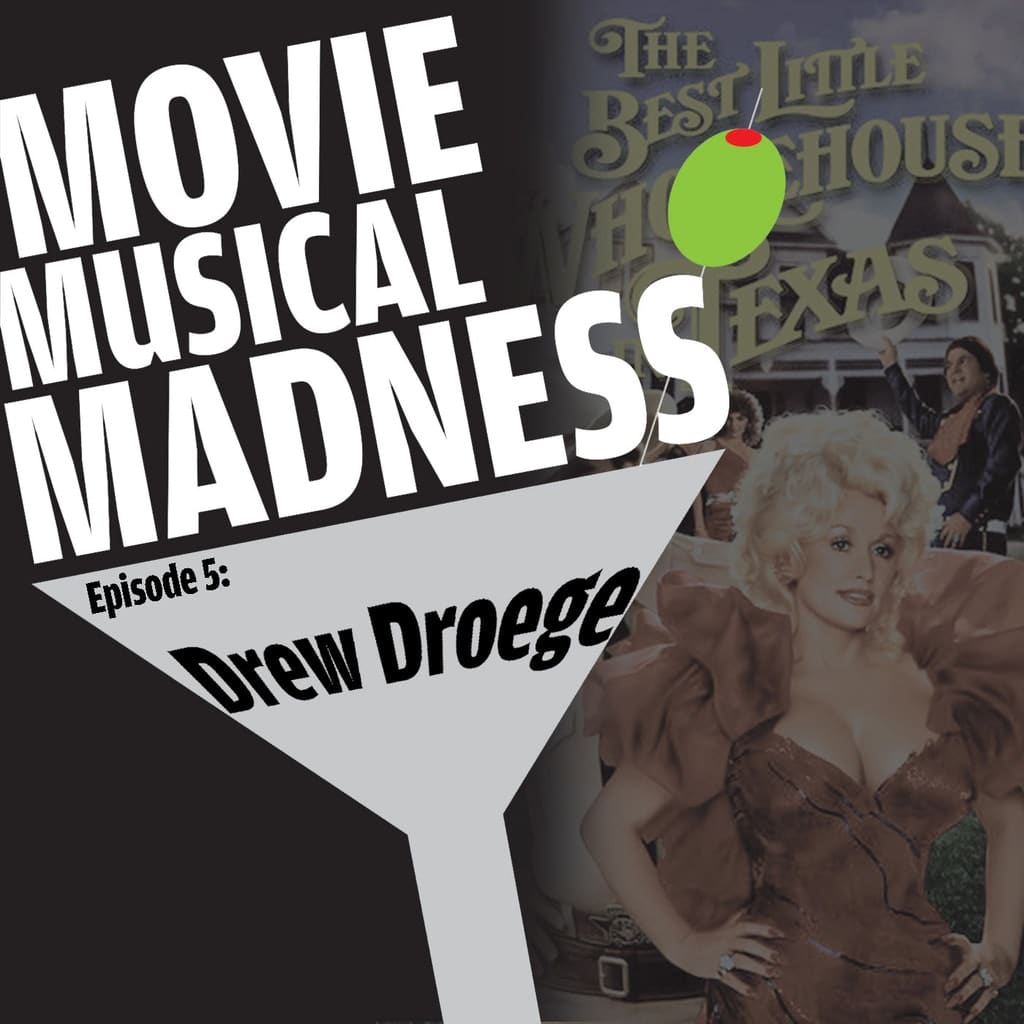 Drew Droege, the comedy genius behind Chloe, Bright Colors and Bold Patterns, and Happy Birthday Doug, can agree with Movie Musical Madness host Mark Peikert on a lot. Jim Palmer was sexy, the extended shower scene of naked Aggies is almost too much, and 1982’s The Best Little Whorehouse is a great movie musical. After all no other movie musical serves up a Penthouse aesthetic alongside Dolly Parton improvising a scene about Mary Magdalene and Jesus. And too few include songs about rules. In fact—does The Best Little Whorehouse in Texas actually improve on its source material? Tune in to hear just how big a theatre nerd Drew is, and Mark’s surprising familiar connection to the notorious Texas brothel.