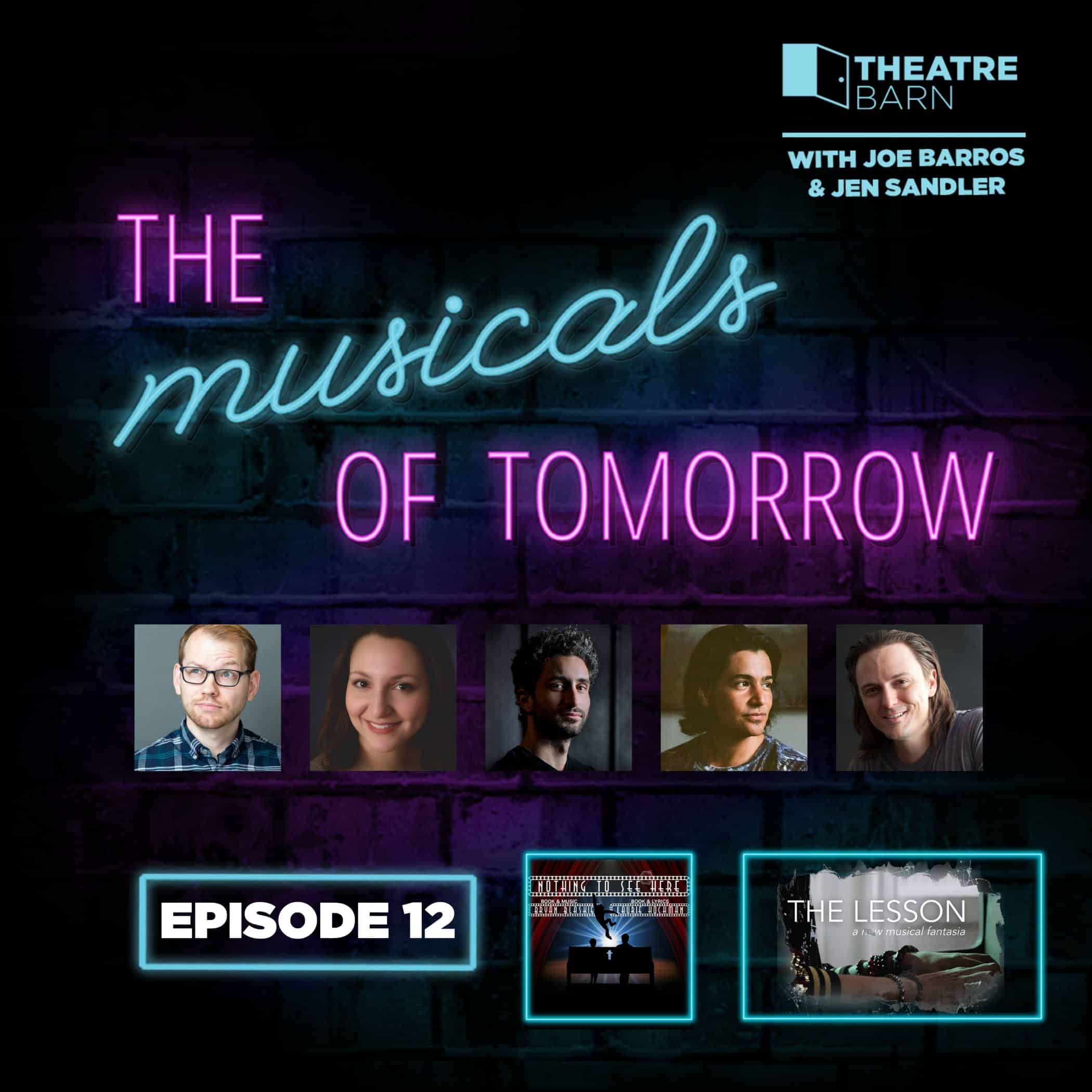 This episode features discussions about Bryan Blaskie and Laurie Hochman’s Nothing To See Here and Avi Amon, Ty Defoe and Nolan Doran’s The Lesson.

NOTHING TO SEE HERE (by Byan Blaskie and Laurie Hochman) – In the summer of 1925, the struggling town of Dayton, Tennessee hosted a trial that claimed national headlines and divided the country — the Scopes Monkey Trial, the first major anti-Evolution court case. Nothing to See Here is the story of Frank Robinson, the man who built the trial as a publicity stunt for his town, and May Robinson, his wife who longs to save her family from falling apart in a seemingly Godless town. Of course, notorious reporter H.L. Mencken is there to spin their story — and to uncover what the truth behind the trial really is.

THE LESSON (by Avi Amon, Ty Defoe and Nolan Doran) – The Lesson is a fantastical reimagining of a chance encounter between a revolutionary Beethoven and a more-established Mozart, whose worlds – and hearts – collide in Vienna in 1787. The show is set in an alternate universe that melds the future and past into an entirely new, queer, fun, and political space. A hybrid of theatre, film, concert, and dance party, The Lesson is a meditation on the purpose of artistic expression, the influence of family on who we are, and the control of information and ideas by the government.