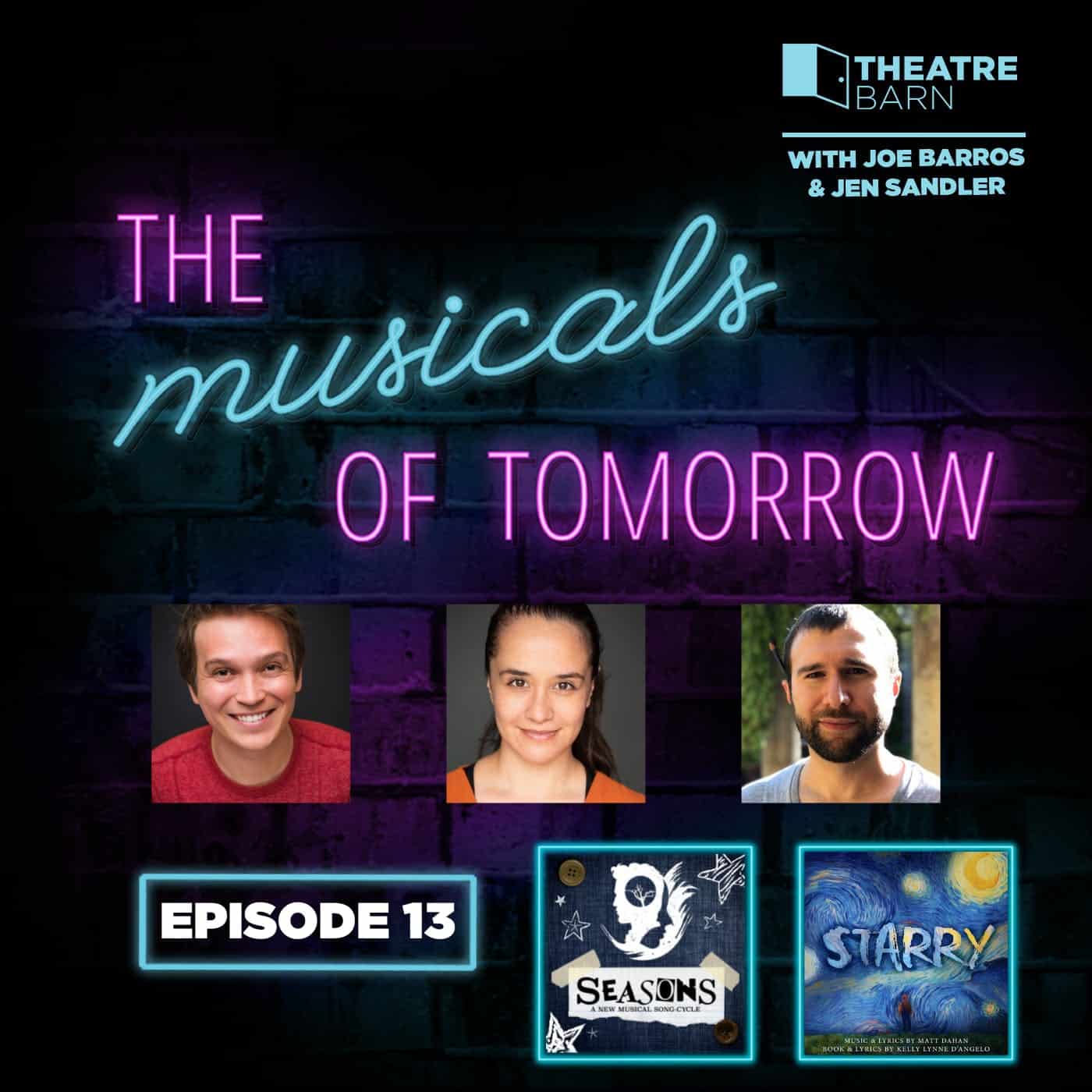 SEASONS (by Tyler Tafolla) – The new song cycle Seasons is about six friends who will go through the milestone moments and seasons of their lives over the span of six years. The story is told through the eyes of Max who so desperately tries to keep his small family of six friends together. He discovers that life doesn’t always work out the way we plan it, and that friends drift apart. Max and his friends come of age as they find out why seasons must change.

Seasons will re-release its celebrated concept album fully remastered with Broadway Records and Theatre Barn Records on Friday, January 28th and you can listen wherever music can be streamed. The album release concert will occur on Sunday, January 30th at Feinstein’s/54 Below featuring stars of Jagged Little Pill, Be More Chill, The Prom and more. Tickets can be purchased at 54below.com

STARRY (by Matt Dahan and Kelly Lynne D’Angelo) – The new musical Starry tells the story of brothers Theo and Vincent van Gogh. Inspired by thousands of letters and told with a riveting contemporary pop-rock score, the iconic painter and his brother embark on a journey together to find the power of expression.

Starry’s viral concept album was remastered and re-released by Broadway Records in 2020 and can be streamed across all platforms.