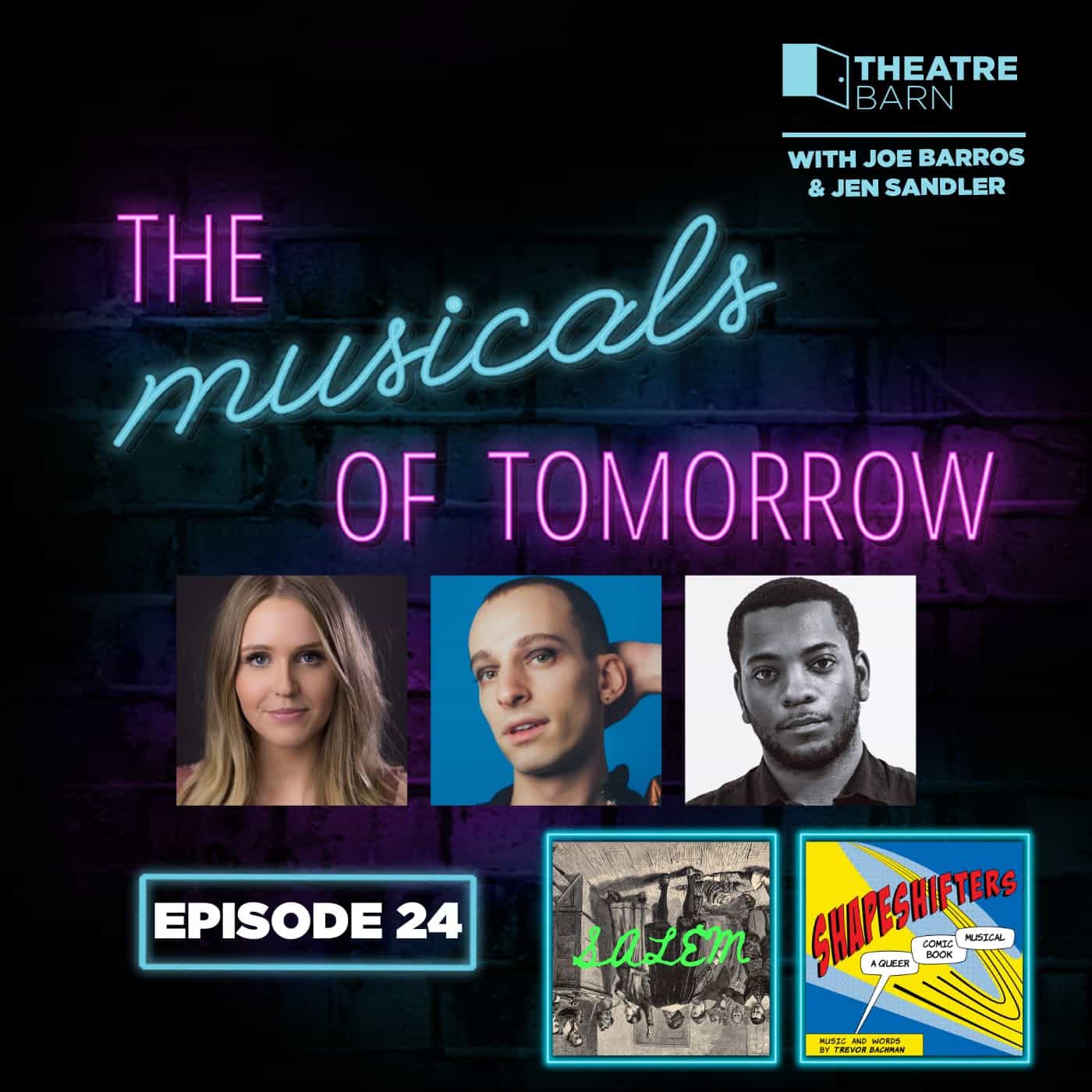 SALEM (by Kira Stone) – In Salem, Susannah, Bridget, Miriam, Martha, Rebecca, & Mary are held hostage in a modern day courtroom for their collective trial by judge and jury. We marvel at the mass hysteria, we deliberate, and we ultimately are a part of deciding the fate of these six women. Follow the twists, switchbacks, and real-life discoveries that are made as we speculate: Why did this happen? How did this happen? And, heaven forbid, could it happen again now? Kira was joined by her director Sarna Lapine.

SHAPESHIFTERS: A QUEER COMIC BOOK MUSICAL (by Truth Bachman and Direction & Development by Zhailon Levingston) – High school bully and comic book genius, Mel, discovers a hidden plane of existence called Queer Time, simply by drawing scenarios with pen and paper. In Queer Time, Mel joins the ranks of an underground network of Queer and Trans superheroes called The Shapeshifters. As Mel and the Shapeshifters sprint toward uncertain futures, this tribe of queer heroes must rely on community to persist, resist, and survive their living nightmares.