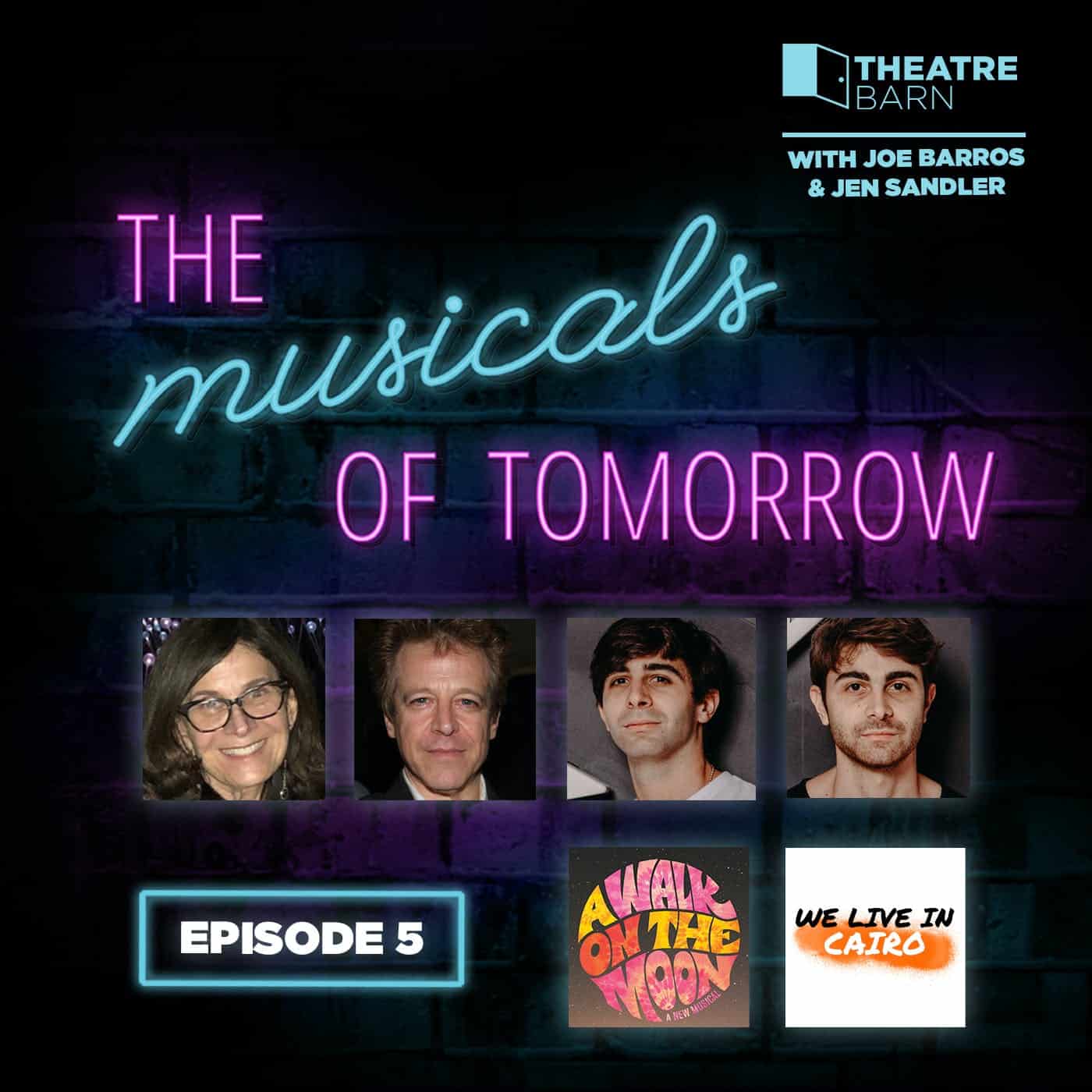 This episode features discussions about Paul Scott Goodman and Pamela Gray’s A Walk On The Moon and Daniel and Patrick Lazour’s We Live In Cairo. Paul and Pamela were also joined by director Sheryl Kaller and music supervisor Greg Anthony Rassen.

A WALK ON THE MOON (by Paul Scott Goodman and Pamela Gray) – A heart-stirring new musical that transports audiences to the summer of 1969 during the Woodstock festival and the Moon landing. Pearl Kantrowitz, a dutiful housewife, begins a love affair that pulls her away from the life she’s always known. At a crossroads, just like the America she’s living in, Pearl must decide if she’s truly ready to leave her world behind.

WE LIVE IN CAIRO (by Daniel and Patrick Lazour) – Inspired by the young Egyptians who took to the streets in 2011 to overthrow President Hosni Mubarak, the show follows six revolutionary students armed with laptops and cameras, guitars and spray cans as they come of age in contemporary Cairo.

Co-produced and edited by Hector Flores Jr, and Pauls Macs

Listen to The Lazour’s album Flap My Wings on Spotify, Apple Music and Amazon Music