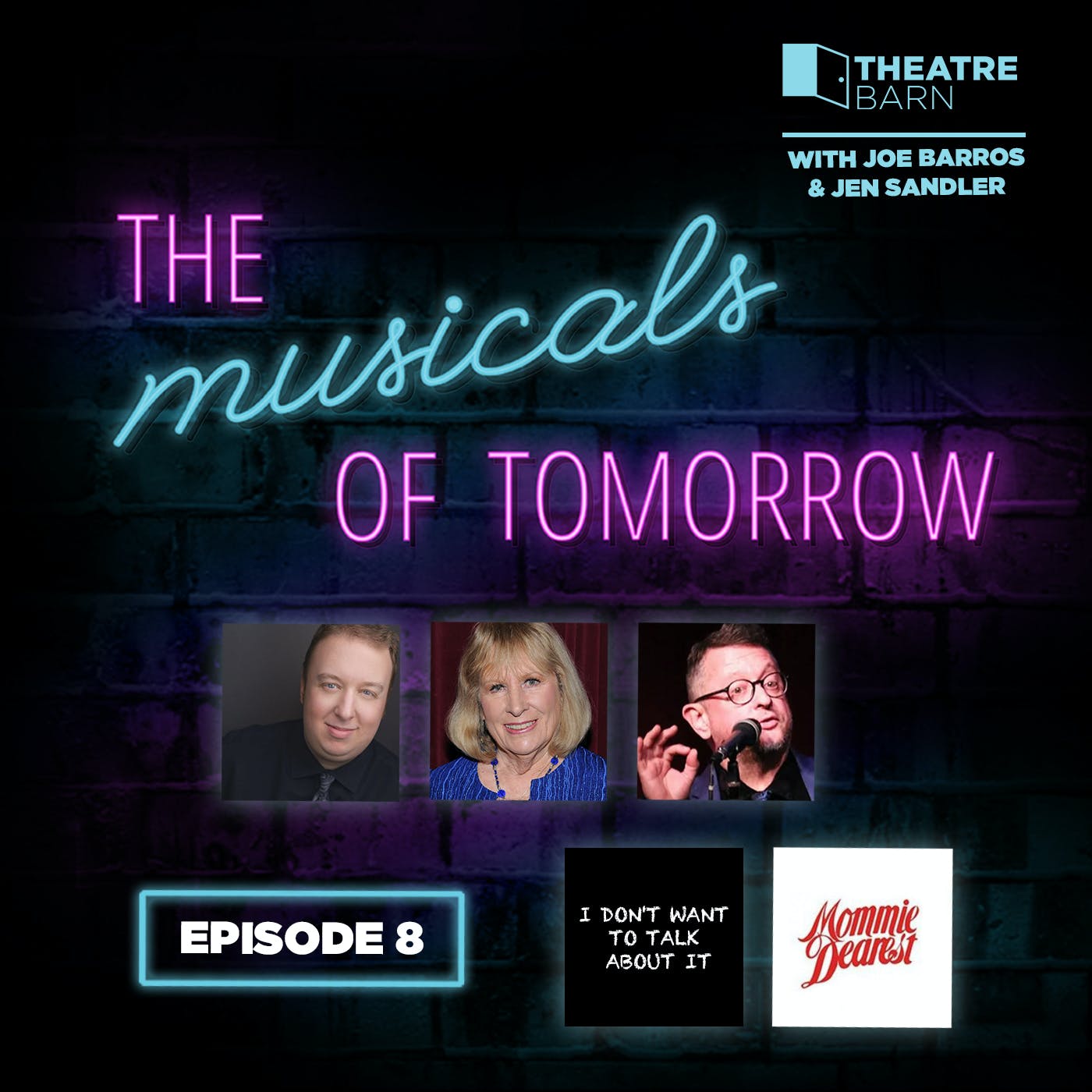 This episode features discussions about Ben Caplan’s I Don’t Want To Talk About It and Christina Crawford and David Nehls’ Mommie Dearest.

I DON’T WANT TO TALK ABOUT IT (by Ben Caplan) – I Don’t Want to Talk About It takes a deep dive into the complex world of mental health as told by a troupe of mercurial performers to an unnamed protagonist. Through fourth-wall breaking sketch and song, the protagonist explores the subjects and stigmas of this taboo topic alongside the audience. But as the show goes on, the fourth wall begins to close, and the narrator realizes that the troupe isn’t here for the audience: they’re here for him. Through humor, empathy, and brutal honesty, this rock musical pushes the boundaries of how society discusses mental health.

MOMMIE DEAREST (by Christina Crawford & David Nehls) – Based on the explosive novel and film, this coming-of-age story is told through the point of view of brother-sister pair Christina and Christopher Crawford. The musical adaptation follows them through three decades of American culture as they grow up, struggle with adversity and try to remain family even as they are forced down different paths.