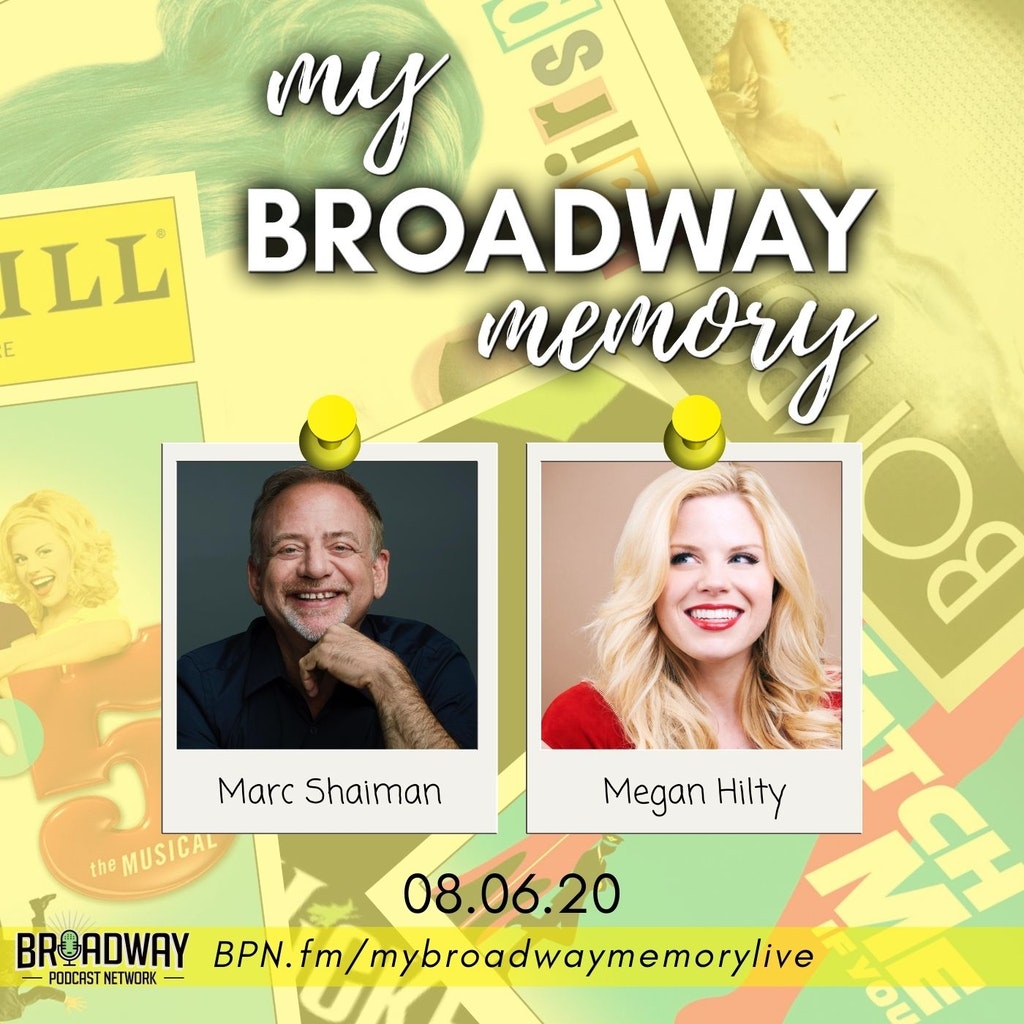 Megan Hilty is most recognizable for her portrayal of seasoned triple-threat Ivy Lynn, in NBC’s musical drama Smash. Most recently she starred as Patsy Cline in Lifetime’s original movie Patsy & Loretta, for which she earned a Critics Choice Award Nomination for her performance. Broadway: Wicked, 9 to 5, Noises Off!, Gentlemen Prefer Blondes (Encores). @meganhilty

Marc Shaiman is an award-winning composer, lyricist, orchestrator and musician. Marc has been Oscar nominated seven times (for “Mary Poppins Returns” (2), “Sleepless In Seattle”, “Patch Adams”, “The First Wives Club”, The American President” and “South Park-Bigger, Longer & Uncut”). He has received two Tony Award nominations (winning one for co-writing the score to “Hairspray” with co-lyricist Scott Wittman), five Grammy Awards nominations (winning one for The Original Cast Recording of “Hairspray”), eleven Emmy Awards (winning one for his work on Billy Crystal’s Academy Award hosting), four Golden Globe nominations (including “The Star”, song co-written with Mariah Carey), and two BAFTA nominations (“Sleepless In Seattle” and “Mary Poppins Returns”). Other film work includes “Beaches”, “When Harry Met Sally”, Misery”, “City Slickers”, “The Addams Family”, “Addams Family Values”, “A Few Good Men”, “Sister Act” (1 & 2), “George of the Jungle”, “In and Out”, “Hocus Pocus”, “The Bucket List” and “Parental Guidance”. Broadway musical credits are the Tony-nominated “Martin Short: Fame Becomes Me”, the Tony-winning “Catch Me If You Can”, and “Charlie & The Chocolate Factory”. Broadway concert credits are “Peter Allen-Up In One”, Bette Midler’s “Divine Madness”, Ellie Greenwich’s “Leader Of The Pack” and “Patti LuPone On Broadway”. After a tremendously successful concert for The Actor’s Fund, his musical “Bombshell”, created as part of the television show “Smash,” is now being developed into a future show. He has co-produced and arranged Grammy winning recordings for music icons such as Bette Midler, Harry Connick Jr. and Mariah Carey, including the Grammy-winning recordings “The Wind Beneath My Wings” and “From A Distance.” TV: “The Sweeney Sisters” on SNL, countless award and talk show appearances. @marc_shaiman