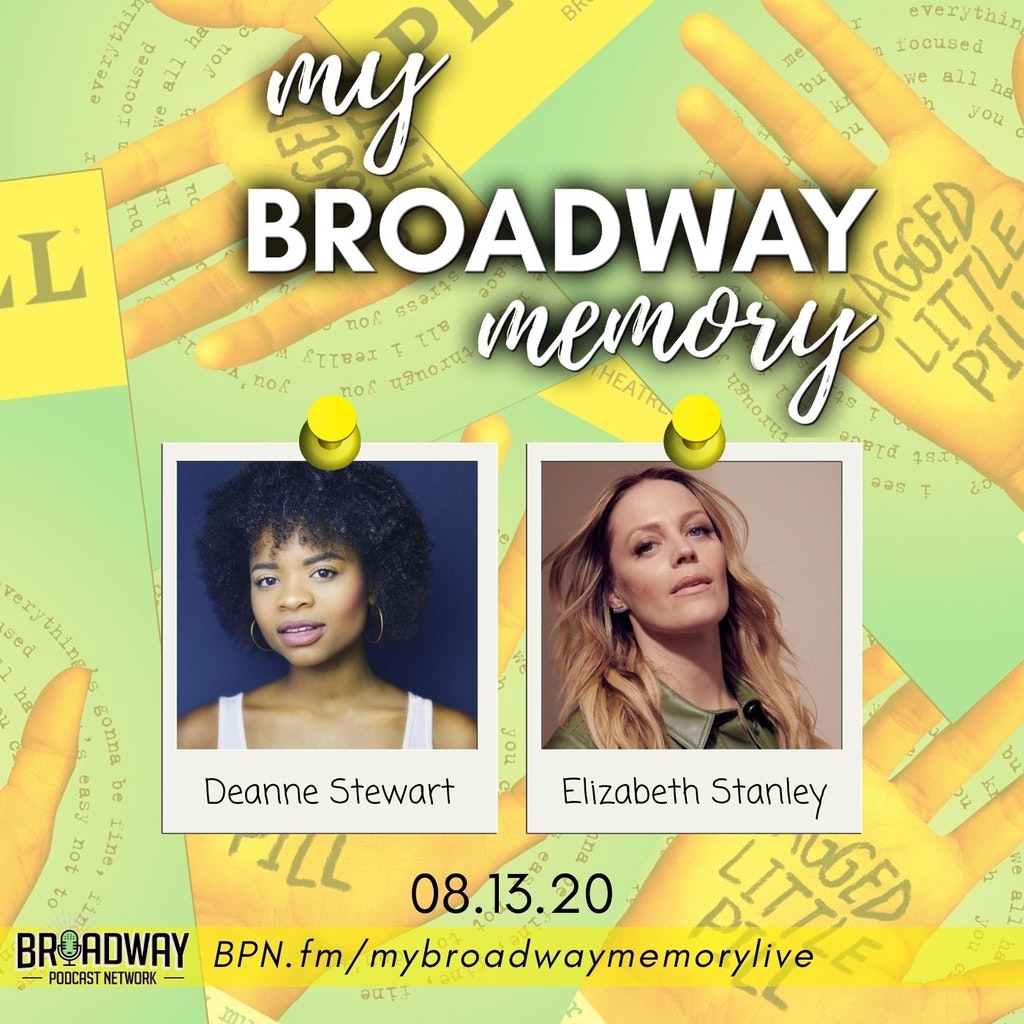 ELIZABETH STANLEY currently stars in Jagged Little Pill on Broadway, playing Mary Jane Healy. She recently starred in the world premiere of the new musical Jagged Little Pill by Alanis Morissette, Diablo Cody, and Glen Ballard, directed by Diane Paulus at A.R.T. She previously appeared on Broadway in the revival of On the Town (Drama Desk Nomination), Million Dollar Quartet, Cry-Baby, and the Tony Award-Winning revival of Company as well as the First National Tours of The Bridges of Madison County and Xanadu. On television, Elizabeth can be seen in “NOS4A2” (upcoming), “FBI,” “The Get Down”, “The Affair,” “Black Box,” “Made in Jersey,” “Fringe,” “The Chappelle Show,” and “PBS Great Performances – Company.” @el.stans

DeAnne Stewart is an Ithaca College musical theatre graduate who is currently in Jagged Little Pill on Broadway. She was also seen in the National Tour of Beautiful the Musical and The Mighty Real Off Broadway. Amidst creating quarantine content for JLP, DeAnne has been exploring other facets of her skill set recently. Songwriting is a medium which she has been secretly exploring for a few years now. She just released a stripped down and homemade music video for her song, “Goodbye”, written with guitarist, Jervej Bervar. @deannestewart