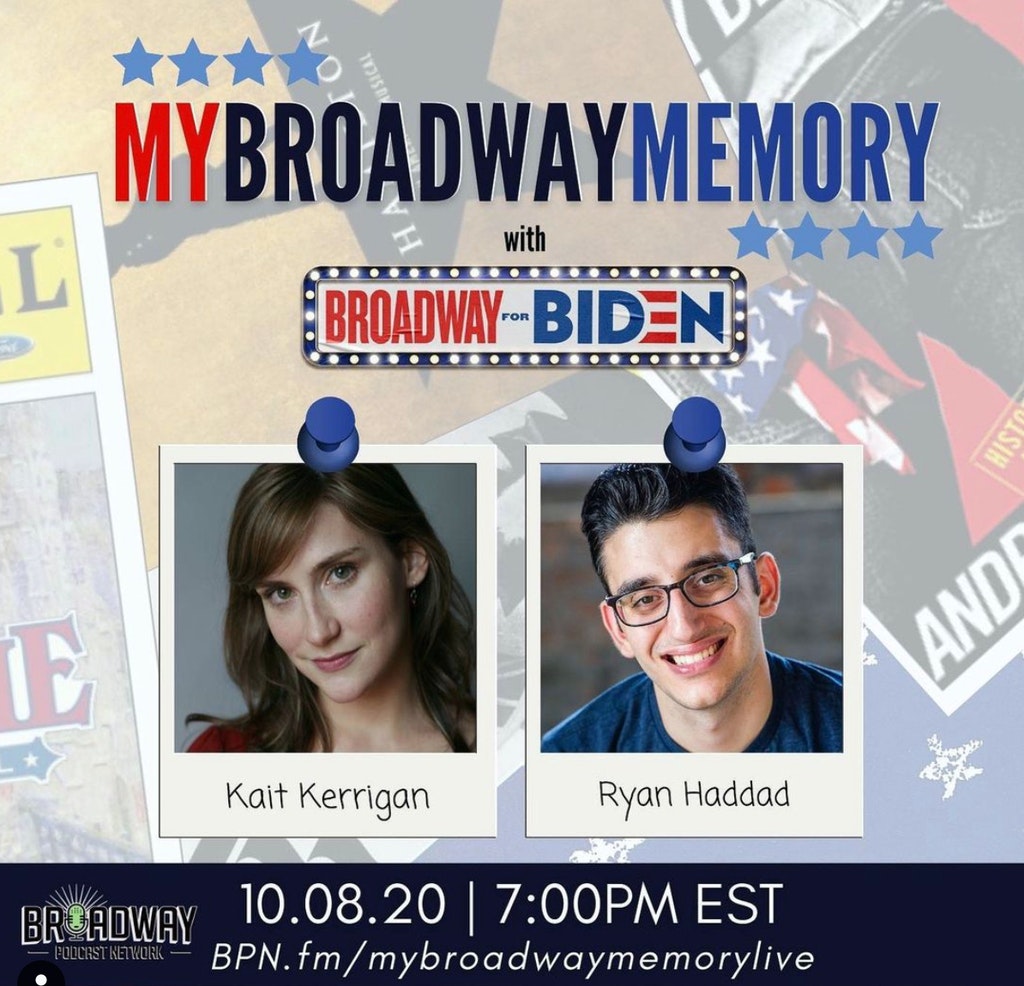 Kait Kerrigan is a musical theater writer, YouTube creator, songwriter, and dramatist. Off-Broadway: The Mad Ones (formerly known as The Unauthorized Autobiography of Samantha Brown) and Henry and Mudge, which toured the country for over a decade. New projects include the immersive house party The Bad Years, slated for production in 2019, Republic directed by Michael Arden, a fancy new commission they can’t talk about yet. Other musicals include Unbound, The Woman Upstairs, Wrong Number, The Freshman Experiment, and Flash of Time, an immersive art / puppet installation-musical hybrid at the Kimmel Center in Philadelphia, and Rosie Revere, Engineer & Friends, written with playwright Lauren Gunderson, which is currently touring the US. Kait Kerrigan received the 2009 Kleban Award for libretto-writing and the 2016 Emerging Artist Award for lyrics from the Theater Hall fo Fame (nominated by Lynn Ahrens. As a playwright, she has had her work developed at Page 73, where she was an Interstate 73 member, Primary Stages, the Lark, and Chautauqua Theatre Company, and the Weston. Her plays include Father / Daughter, Imaginary Love, Disaster Relief, and Transit.

Ryan Haddad: Ryan J. Haddad is an actor, playwright and autobiographical performer based in New York. His acclaimed solo play Hi, Are You Single? was presented in The Public Theater’s Under the Radar Festival and continues to tour the country. Other New York credits include My Straighties (Ars Nova/ANT Fest), Noor and Hadi Go to Hogwarts (Theater Breaking Through Barriers), and the cabaret Falling for Make Believe (Joe’s Pub). Regional credits include The Maids, Lucy Thurber’s Orpheus in the Berkshires (Williamstown Theatre Festival), and Hi, Are You Single? (Guthrie Theater, Cleveland Play House, Williamstown Theatre Festival). Television credits include “Bull,” “Madam Secretary,” and “Unbreakable Kimmy Schmidt.” Haddad has performed original work at La MaMa E.T.C., the New Museum and The LGBT Center of New York City. His plays in development include Good Time Charlie and Dark Disabled Stories. He is a member of The Public Theater’s Emerging Writers Group and a former Queer|Art Performance and Playwriting Fellow under the mentorship of Moe Angelos. Learn more at www.ryanjhaddad.com and follow him on social @ryanjhaddad.