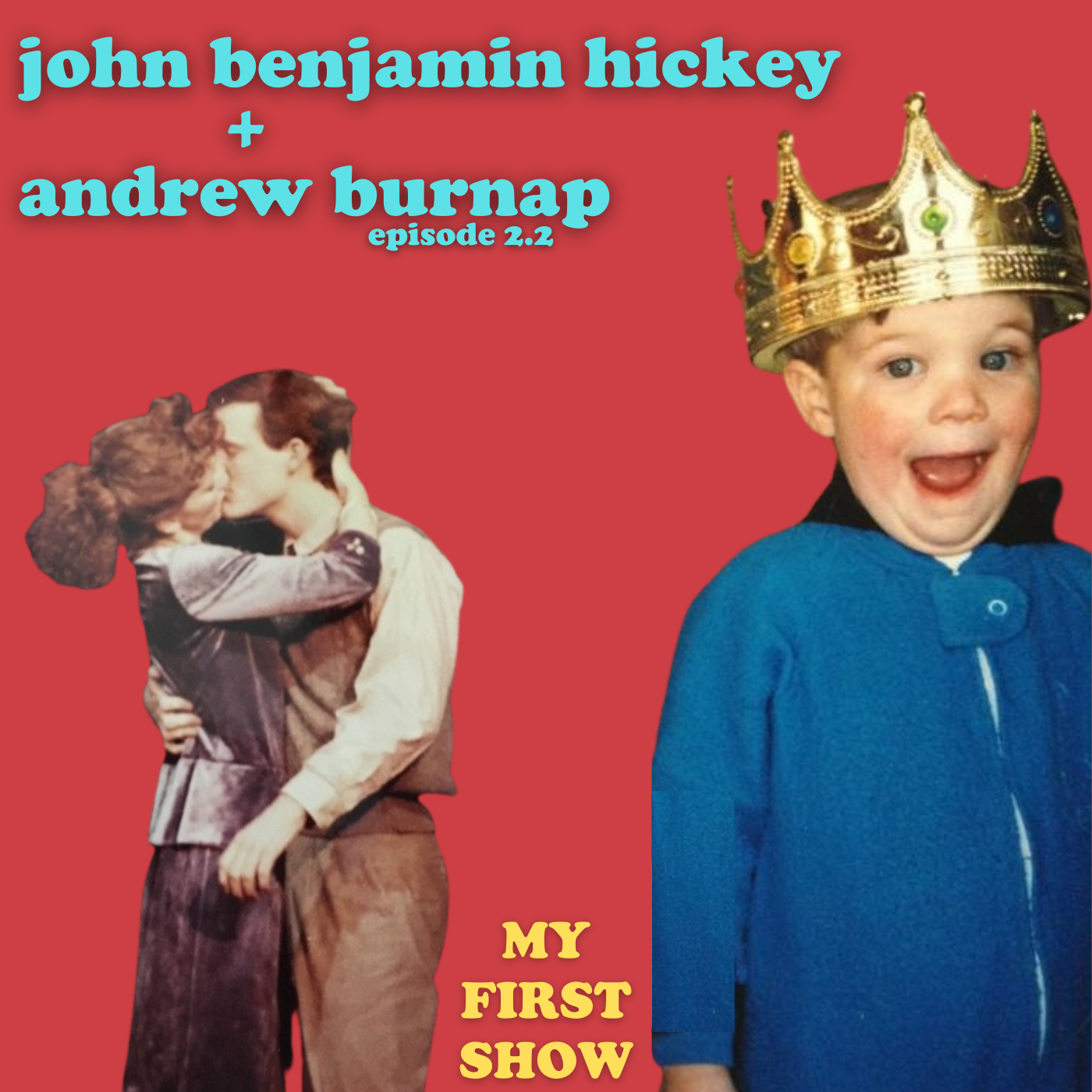 Continuing the “My First Show” mini-season of dynamic duos, Eva talks to Tony Award winner John Benjamin Hickey and Andrew Burnap, both Tony-nominated for their performances in THE INHERITANCE. Andrew and John look back on their long journey with this long play as it progressed from the Young Vic, to the West End, to Broadway, with a run cut short by just a few days. Andrew reflects on the Shakespeare play that keeps coming up for him, and what it felt like to make his Broadway debut. John explores his own Broadway debut in Terrence McNally’s LOVE! VALOUR! COMPASSION!, and the through line that connects these remarkable plays, and these two remarkable actors.