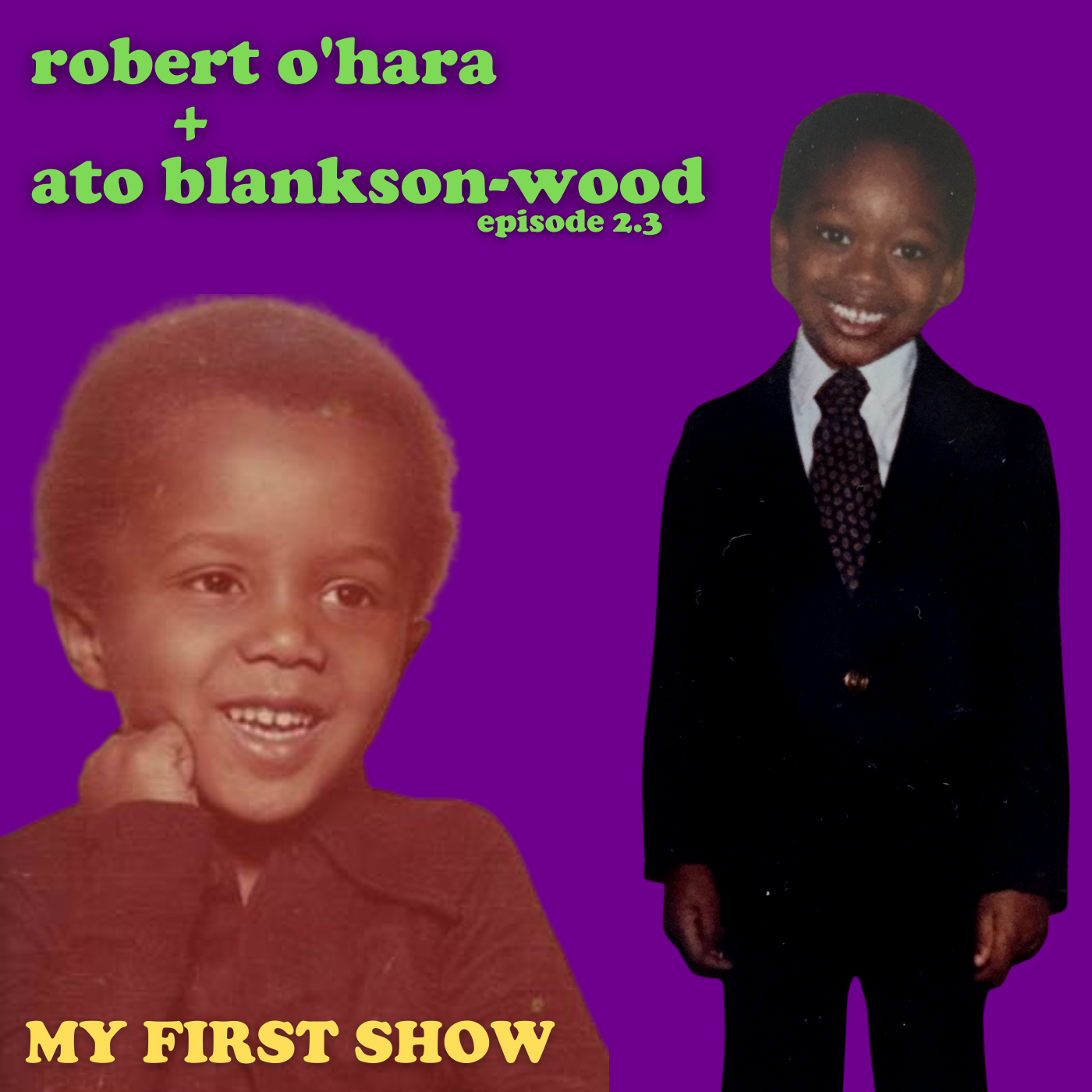 On this week’s episode of My First Show’s mini-season, Eva is joined by the director of SLAVE PLAY, Robert O’Hara, and one of its stars, Ato Blankson-Wood. Both artists are Tony-nominated for their work on Jeremy O. Harris’ staggering play that made its way from New York Theater Workshop to the Golden in 2019. Robert reflects on the first play he ever wrote for his sixth grade class—an adaptation of Snow White and the Seven Dwarfs entitled, Ebony and the Seven Kool Kats. Ato explores his evolution from Second-Grade Soloist to making his Broadway debut in HAIR. They both discuss their hope for a more equitable and diverse Broadway, while inventing an iconic new term for post-Trump trauma. Listen and learn.