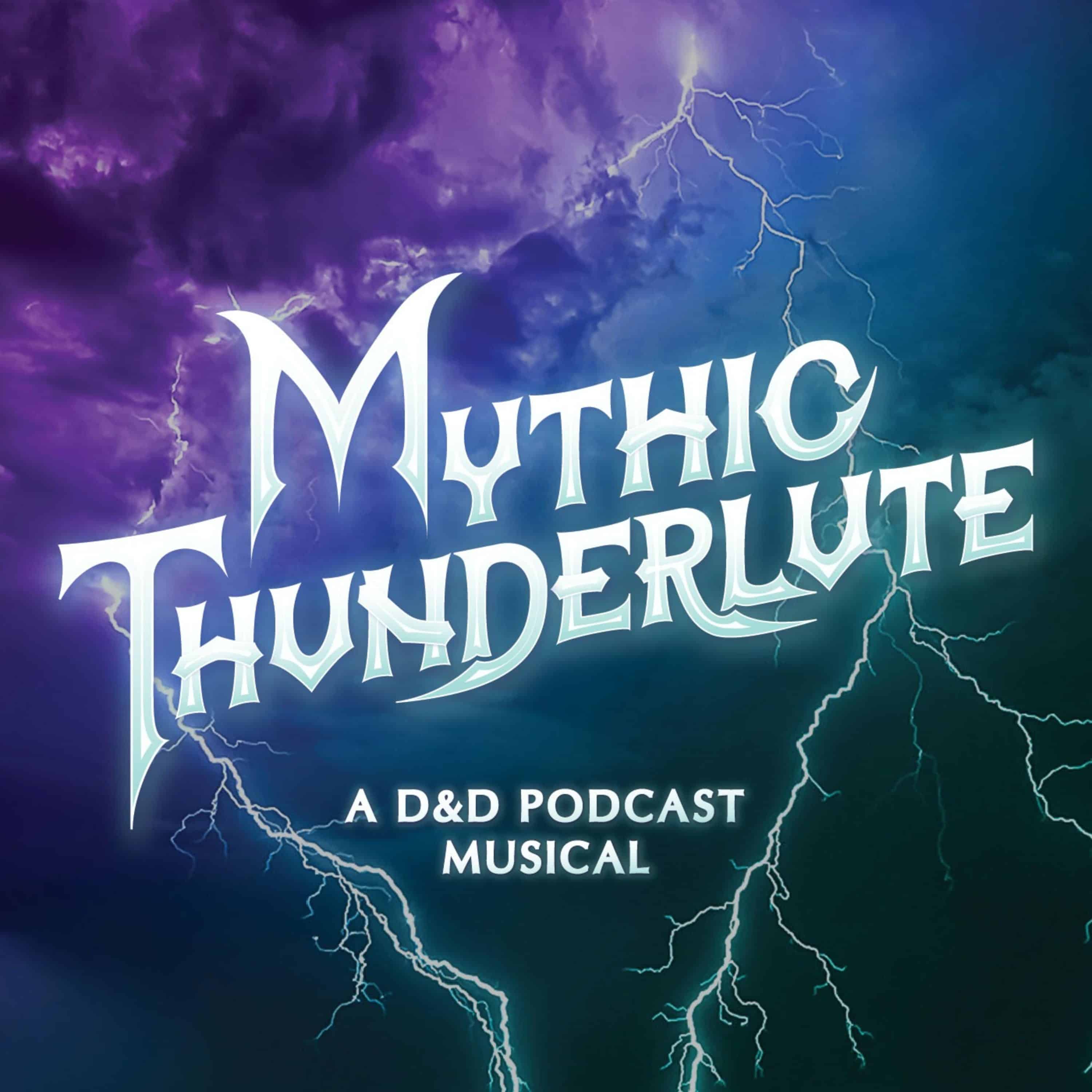 Dice in Mind: An Interview with Michael and Jake

As we enter production for Season 1.5, Michael and Jake sit down with the lovely fellows over at Dice in Mind to have a chat about the making of Season 1.0. Learn a bit more about the project’s genesis, how the group came together, and get into the nitty gritty in how this thing is put together.

If you’d like to support Mythic Thunderlute, join us on Patreon or grab some Merch.

From Dice in Mind’s feed:

This week we have the good fortune of chatting with Jake Blouch and Michael Doherty, two of the minds and voices behind the wonderfully creative Mythic Thunderlute: A D&D Podcast Musical. If you have listened to MTL, we think you will agree it is one of the most creative things happening in the RPG community today. If you haven’t listened to at least a few of their episodes, stop what you are doing and get on over to their feed. Yes, it’s that good.

Please check out Mythic Thunderlute, and while you’re there support their work through Patreon and buy their merchandise:

Jake Blouch is a Philly based actor, song writer, voiceover artist and future President of the United States. He has performed in theatres across the Philadelphia region, and even a couple times in Delaware! In addition to his “career” as an actor, his songwriting and musical projects include his parody band Jawbone Junction, which aims to give Southern Rock the Spinal Tap treatment (Roscoe Chubb on the drums). His original musical Something Like a War was commissioned by 11th Hour Theatre Co, and received a showcase reading in 2019. For his turn in their production of See What I Wanna See he won the Barrymore Award for Outstanding Supporting Actor in a Musical. He lives in South Philly with his true love, his wife Sophia, and her true love, their dog Teddy and cats Tobias and Sister Aloicius.

Michael Doherty is an east coast-based actor, writer, and comedian. He has participated in nearly 50 theatrical productions across the country, including productions at 59E59 Theaters, Berkeley Repertory Theatre, Utah Shakespeare Festival, Milwaukee Repertory Theatre, Cleveland Play House, Cincinnati Playhouse in the Park, Connecticut Repertory Theatre, the Wilma Theater, and more. His television pilot, Los Jarochos, won Best Writing at the 2013 Independent TV Festival. Michael is a published educational researcher in an ongoing collaboration with the University of Denver, studying the thought processes of professional actors. In 2019, he married fellow actor and best friend Alex Keiper during preview week for The Nerd at Milwaukee Rep.

Welcome to Dice in Mind, a weekly podcast in which we explore the meaning of life through the lens of RPGs! In each episode, we will consider everyday stuff like science, religion, philosophy, and economics…through the lens of a specific roleplaying game and its dice mechanic.

If you like what you hear, consider buying us a cup of coffee or becoming a patron. You can also join the conversation by following us on Facebook.