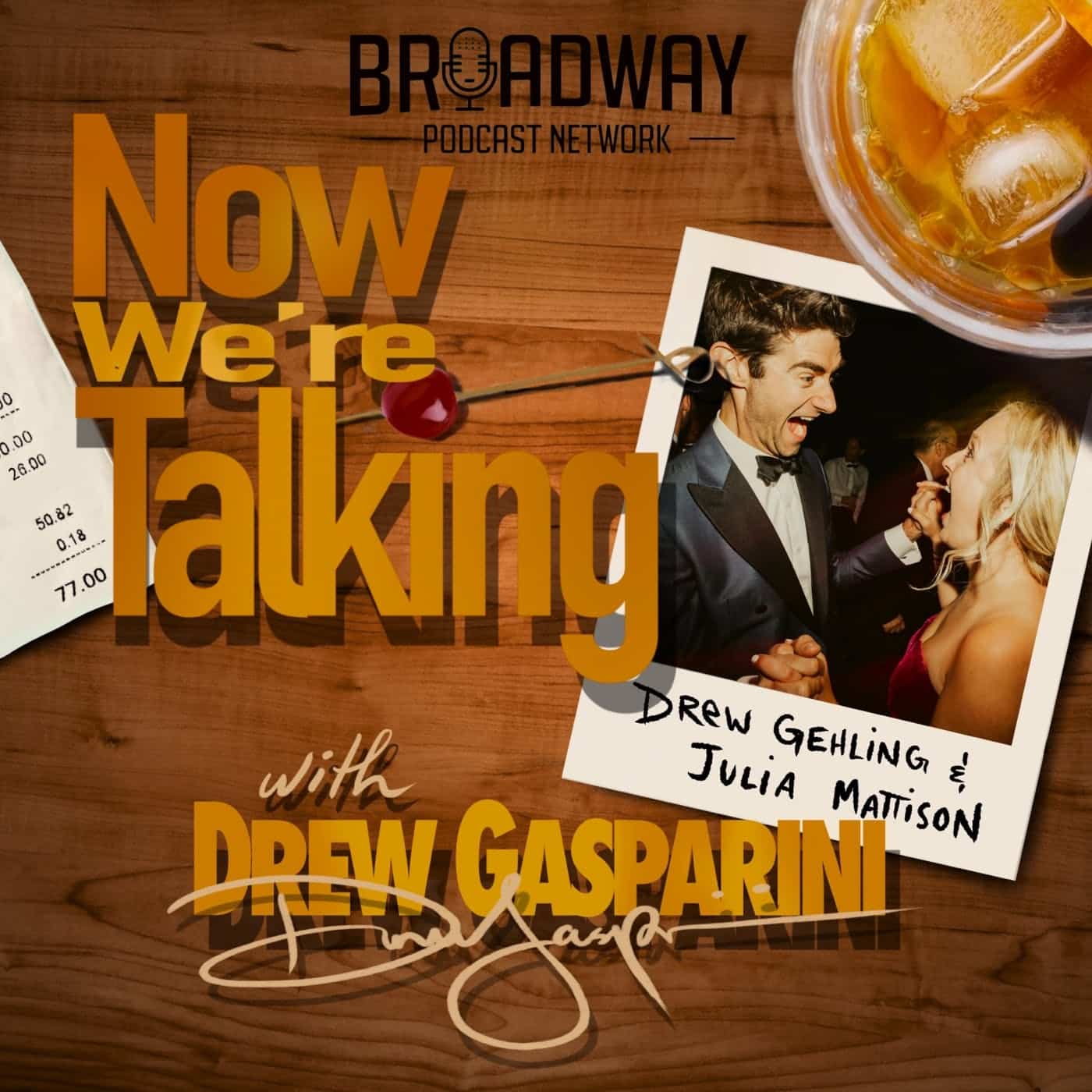 Ep 12 – Drew Gehling & Julia Mattison: “You Can’t Put the Sycamore Next to the Munchkins!”

We’ve doubled your pleasure with this seasons first DOUBLE GUEST EPISODE SUPREME MEGA BONANZA THINGY! Two amazing artists, and quite the kick ass duo, Drew Gehling & Julia Mattison! Drew Gehling (or as I refer to him “more handsome and successful Drew”), is best known for originating the role of Dr. Pomatter in the hit musical Waitress, but did you know that he knows all the words to the “Gummy Bears” theme song?!? Julia Mattison is well known for her work creating characters such as NYC’s beloved Ruby Manger, and the award-winning series “Brooklyn Sound” but did you know that before she was a comedy queen she was a high school singer/songwriter full of a hilarious amount of angst!??? Like we all know that Drew and Julia are fixtures in the theatre scene from Jersey Boys to the revival of Godspell, but did you know that all 3 of us have a deep love for the pop hits of the 90’s?!?? We talk about it ALL from their wacky childhoods to their show business journey, so TUNE IN BUTTHEADS! And don’t forget to rate and subscribe! Julia Mattison and Drew Gehling are in the house!

Drew Gehling has been seen on Broadway in such shows as Jersey Boys and On a Clear Day You Can See Forever, he is best known for originating the role of Dr. Pomatter in the hit musical Waitress. Julia Mattison has been seen on Broadway in the original revival cast of Godspell. She is also the co-creator of comedy staples such as Ruby Manger, The Advent Carolndar, and the award-winning web series, Brooklyn Sound!