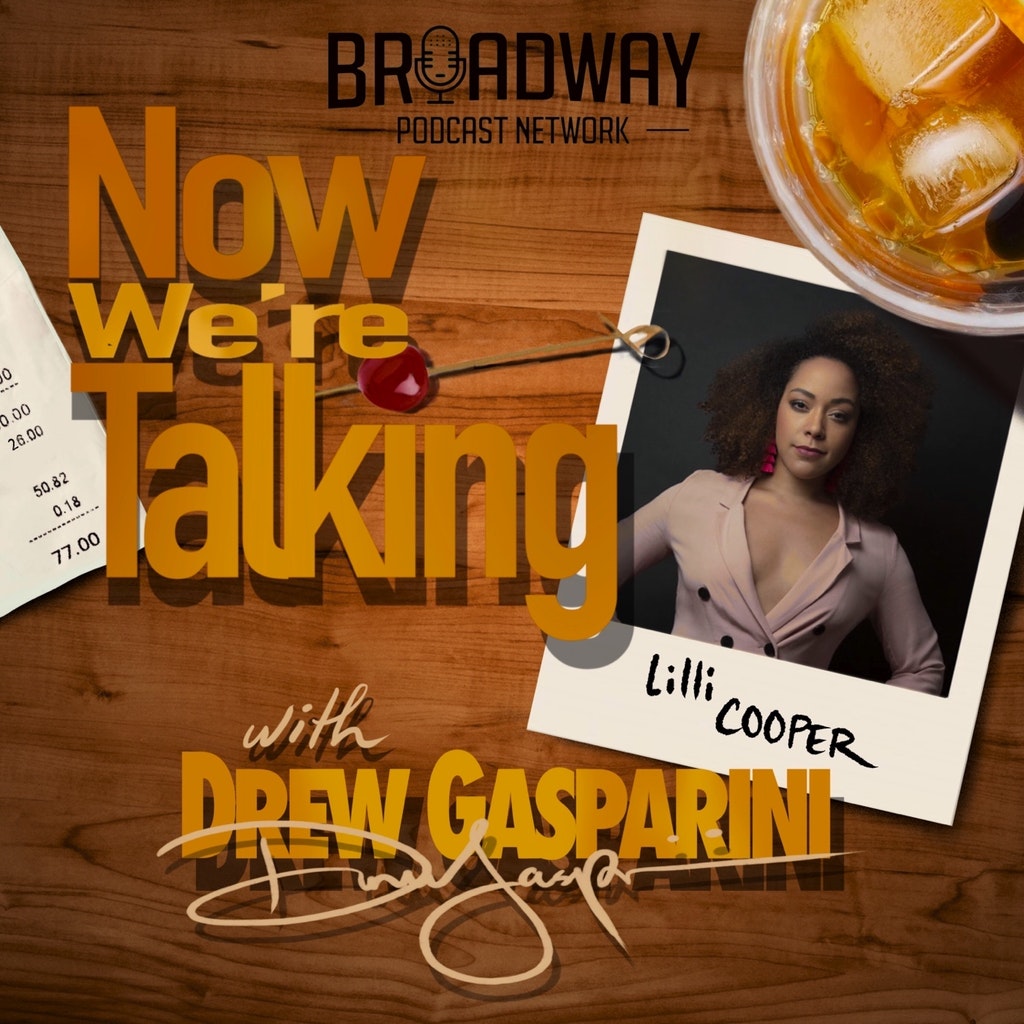 Ladies and gentleman! Lilli F***ing Cooper is in the house! HOW EXCITING! Sure, it’s a thrill because she’s a Tony nominee for her work in Tootsie the musical on Broadway, but did you know that she loves Dexter’s Laboratory? I’m excited AF she’s here! Sure she played Sandy Squirrel in Spongebob on Broadway, but did you know that she was CYBER BULLIED in middle school??? Jesus! We all know that she was in the original cast of Spring Awakening, but did any of you know that she played multiple roles in the workshop leading to it’s off-Broadway production? WELL TUNE THE HELL IN! In this episode of Now We’re Talking with me, Drew Gasparini, Lilli and I talk about it all! From her legendary father Chuck Cooper, to her unofficial bad ass mother Tisa! We also talk about being a 90’s kid, starting in show business at a young age, being nominated for a Tony, and I finally do something the whole world’s been wanting to do… start beef with Jonathan Groff! There’s no WAY he’s that nice all the time! Enjoy this free form convo with me and Lilli Cooper!

Lilli is an actor and singer for the stage seen in such Broadway hits as Spring Awakening, Wicked, Spongebob Squarepants, and Tootsie (for which she was nominated for a Tony). She can be found on Twitter @LilliCooper and on instagram @lilcoopz.