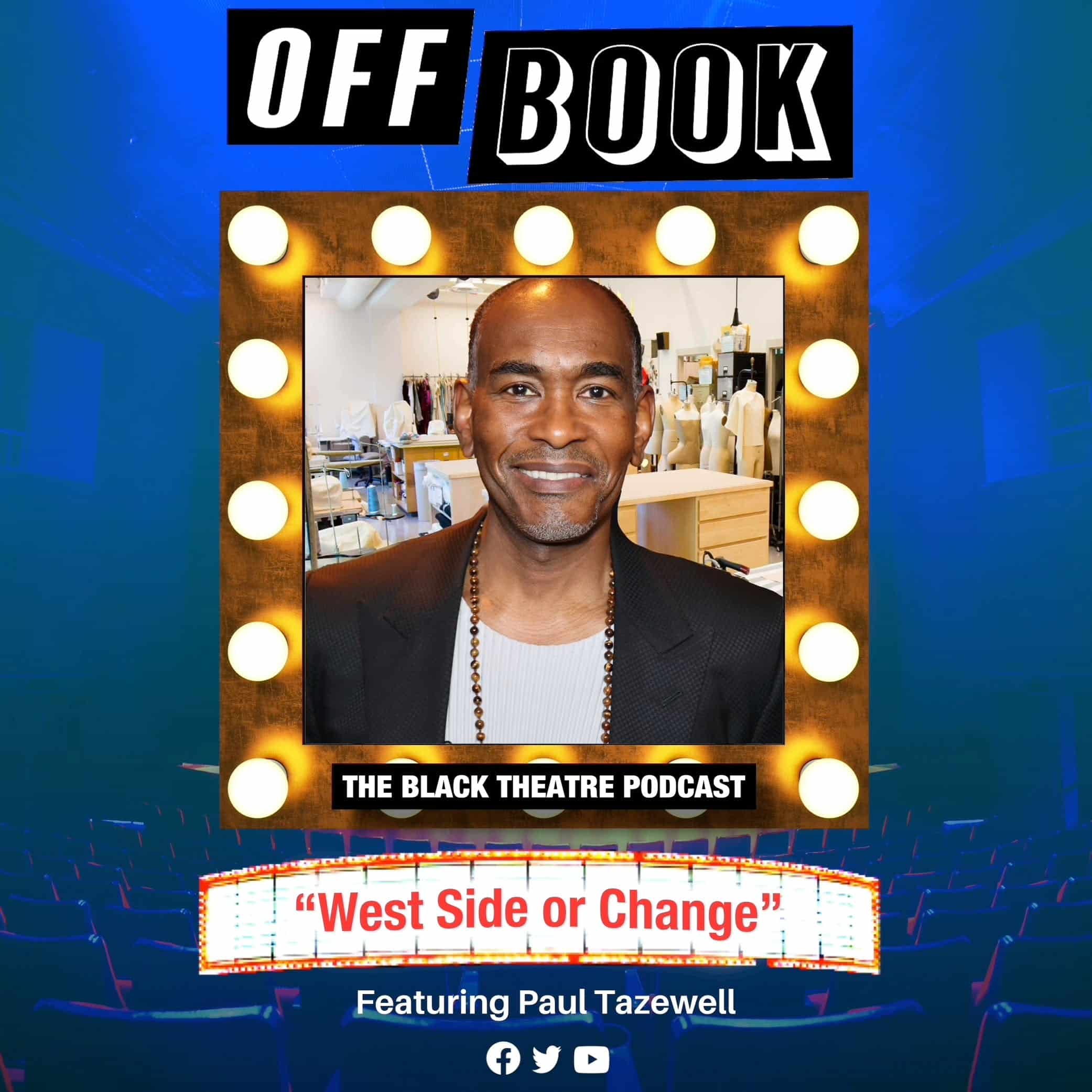 ‘West Side, or Change’ feat. Paul Tazewell + BONUS ‘But Not Without Her’ feat. Carrie Mae Weems

Hey Yall! It’s time to hit your mark and go Off Book. This week we dive into A LOT! Our weeks and the shows we’ve seen are sorts of large in number *cough* Drew! *cough, cough*. Hot topics include James Earl Jones getting a theatre renamed in his honor, Black Theatre Night of Confederates at Signature Theatre, Emmett Till opera, the new Blair Underwood produced musical, + more! In addition, Drew takes back what he said about Moulin Rouge, Ngozi wants to take voice lessons, and Kim is half reading and half paying attention. This episode featured the full interview with Tony Award-winning Broadway costume designer & Academy Award nominee Paul Tazewell (West Side Story, Caroline, or Change, Hamilton). Pulled from Broadway Black’s new video series Black & Blue, filmed at the Civilian Hotel, you can watch the filmed cut on Youtube.

BONUS: Drew got a chance to interview Carrie Mae Weems, who helped develop the show “Arden, But Not Without You’ at The Flea Theater. He felt so moved he wanted you to hear her words coming from her. There is just something about her voice. You can also read the interview on BroadwayBlack.com.

(Also, you might wish that Drew could have gone off-mic this week. Unfortunately, it seems he may be trapped in a tunnel. Sometimes sh*t happens.)

Please go into the world of black theatre artists on this weekly podcast with a playwright, an actress, & a journalist as they explore and process life in NYC while pursuing their theatre dreams.