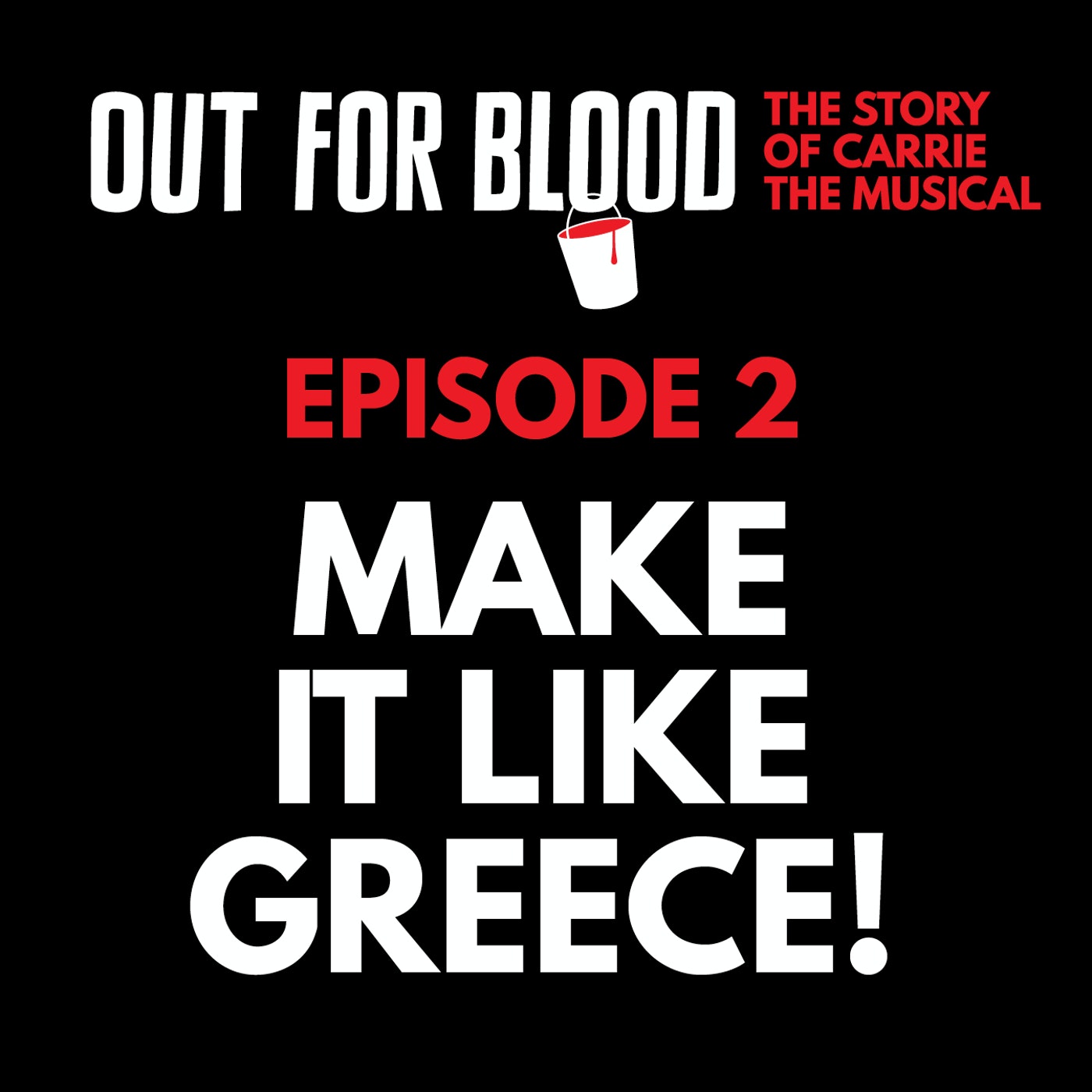 Holly and Chris’s dreams come true as they chat with members of the original cast of Carrie the Musical over wine, including Charlotte D’Amboise (Chris), Sally Ann Triplett (Sue) and legendary OG Carrie White herself, Linzi Hateley, not to mention several members of the half-British, half-American ensemble and crew.

The cast share their audition stories and their first experiences in the rehearsal room – including their memories of navigating the unusual choreographer/director pairing of Debbie Allen and Terry Hands – and describe what happens when you throw together 30 young, sexy musical theatre performers in a quaint English town full of pubs.

We also investigate why the Royal Shakespeare Company got involved in all this chaos in the first place, and learn the truth about an infamous misunderstanding that will define the iconic design of this very unusual musical.