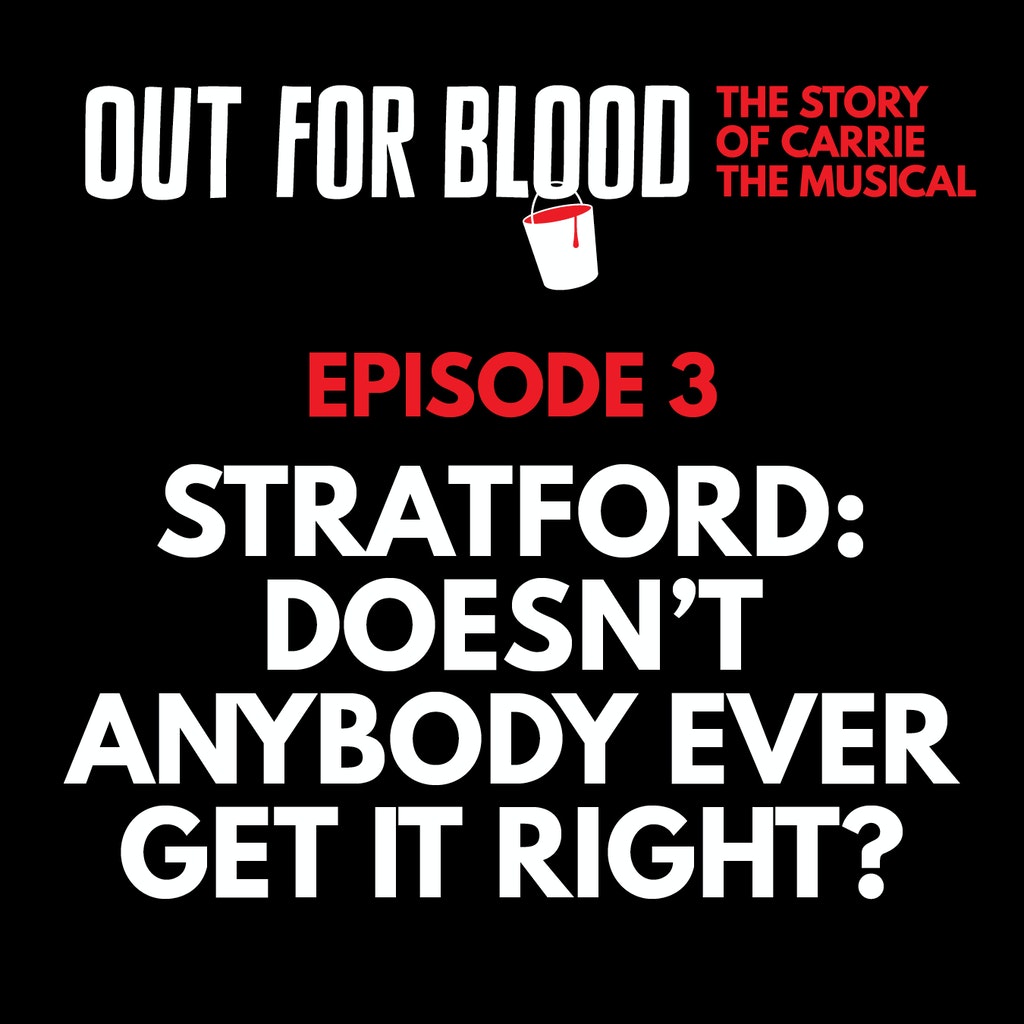 Chapter 3: Stratford: Doesn’t anybody ever get it right?

Rehearsals for Carrie the Musical continue in Stratford-upon-Avon, England. But as the show hurtles towards its opening night, the cast soon feel like they’re working on two very different shows, and the frustration of the writing team grows as they’re cut out of the creative process.

Meanwhile, trouble is brewing behind the scenes as musical legend Barbara Cook begins to doubt that Carrie is the ideal vehicle for her big Broadway comeback, making her point known with a very un-subtle gift for Director Terry Hands. But is an on-stage accident on opening night enough to call a halt to all this nonsense?

And finally, as the British critics file their reviews – is Carrie really ready for its big Broadway transfer? (Spoiler: it is not).