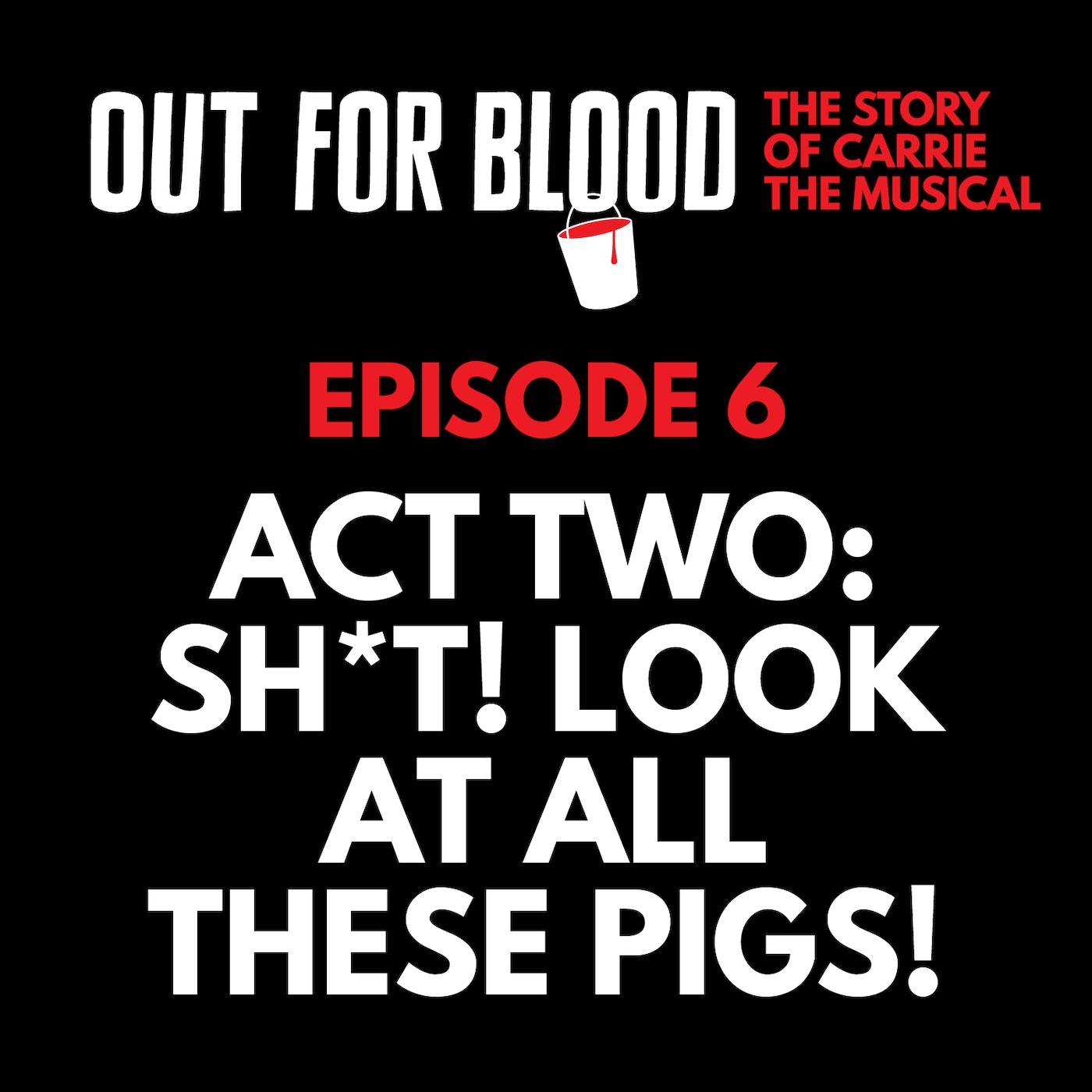 We continue our deep, deep dive into Broadway’s most infamous flop as we charge head-first into the madness and mayhem of Act Two!

And mayhem it really is! Leather outfits! Dead pigs! Is that a medieval sword? A rap! A giant disco ball! Lasers! Oh my!

As the audience cracks up at the infamous line ‘it’s a simple little gig, you help me kill a pig, and I’ve got some plans for the blood’, we hear first-hand from the cast about that iconic but tricky blood-soaked finale, not to mention the reaction to Broadway’s most expensive staircase. And can it really be true that the cast was met by a chorus of boos at the curtain call… or is there more to it? Wotta night!

Oh! Also – did anybody mention that Carrie is telekinetic? No?