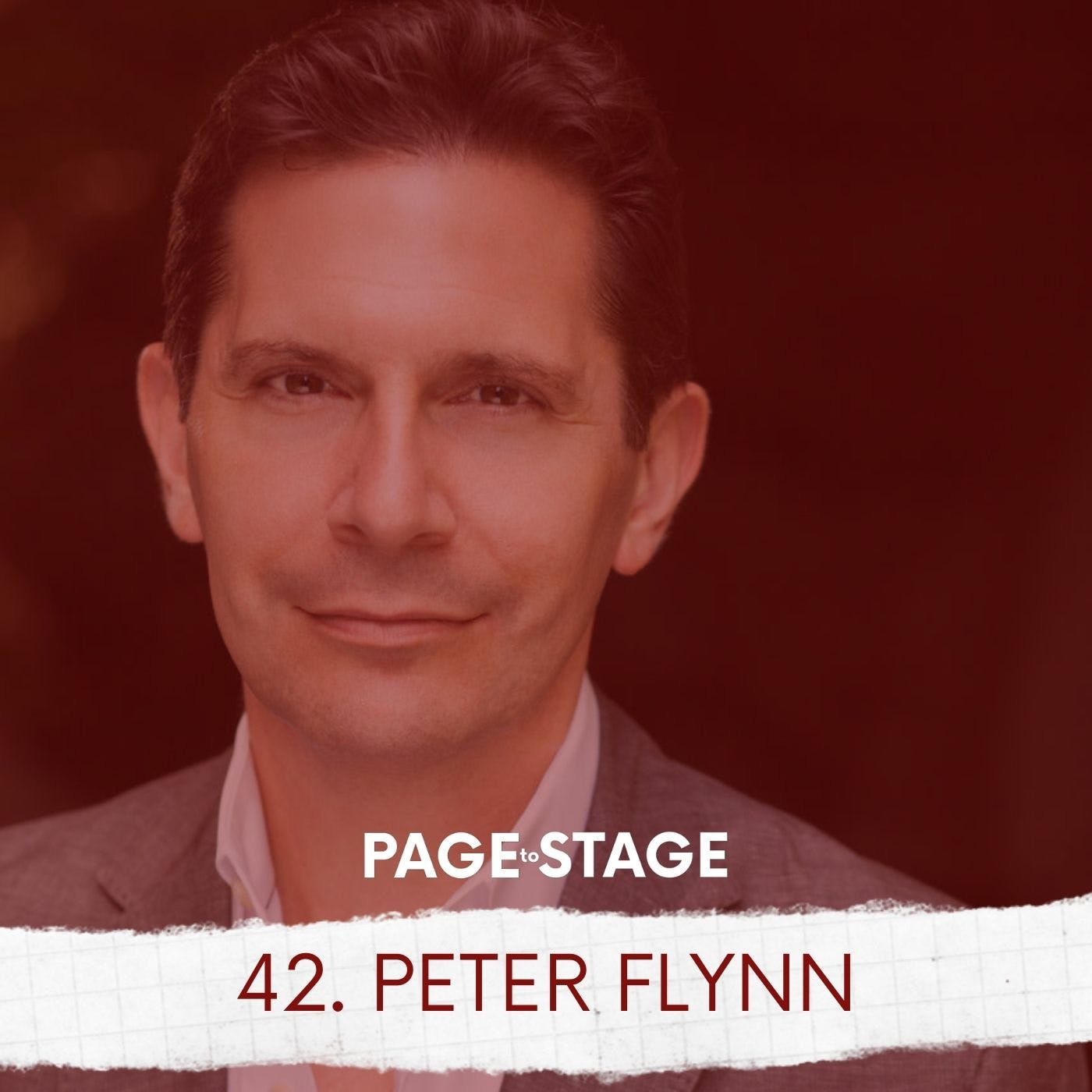 Collaborating with Stephen Schwartz to update “Working” for modern audiences, Peter breaks down their process and the challenges that make this virtual production so timely.
Thank you for taking the time to listen to our chat with Peter Flynn!
If you are listening to this on Apple Podcast, we’d love it if you could share your love in a review!

About Peter Flynn:
Peter is a New York based director, writer and teacher who works both in new work development, as well as staging classic American musicals in New York and for some of the most notable regional theaters.
His New York directing credits include the off-Broadway premiere of Smart Blonde by Willy Holtzman starring Andréa Burns; the off-Broadway premiere of Curvy Widow by Bobby Goldman & Drew Brody; Rhapsody in Seth starring Seth Rudetsky; Lee Blessing’s Two Rooms; the 75th Anniversary performance of Thornton Wilder’s Our Town with Adriane Lenox, B.D. Wong, S. Epatha Merkerson; On the 20th Century with Douglas Sills & Marin Mazzie; Chess with Josh Groban & Julia Murney; Funny Girl with Bebe Neuwirth, Whoopi Goldberg, & Andrea Martin; Skippyjon Jones, and Junie B. Jones (nominated for two Lucille Lortel Awards including Best Musical).
Other credits include Andrea Martin’s one woman show, Andrea Martin: Final Days Everything Must Go; Katori Hall’s The Mountaintop; Gypsy at the St. Louis MUNY; Kiss Me, Kate for the Maltz-Jupiter Theatre where he has directed productions of Man of LaMancha (Carbonell Award, Best Director & Best Musical), Sleuth, & Other Desert Cities; and Into the Woods & Ragtime (Helen Hayes nomination for Outstanding Direction for both productions) for Ford’s Theatre where he is an Associate Artist.
As a writer, Peter is currently under commission to create the book for two new musicals: Lily, a musical adaptation of Edith Wharton’s The House of Mirth, and Love of the Game, an adaptation of the Michael Shaara novella. Both are written with composer/lyricist Brooks Ashmanskas. Love of the Game is receiving its first workshop in New York, spring of 2020. He has also written the scripts for the Drama Desk Awards, the Second Stage Theatre Annual Gala, the Guthrie Theatre’s 50th Anniversary Performance, and for industrials including Aztra-Seneca Pharmaceuticals.
Peter was the Artistic Director of the Hangar Theatre in Ithaca, New York for five seasons, overseeing a variety of large scale productions, intimate plays, and the development of new work. He is also the Founding Artistic Director of the Perry-Mansfield New Works Festival in Steamboat Springs, Colorado.
Peter also creates and directs award-winning entertainment for Carnival Cruise Lines, with music ranging from Motown, rock, disco, and Cuban/Miami fusion. He is currently creating his latest show with Carnival to debut on a new vessel in the fall of 2020.
For Peter’s teaching experience, please visit the “Teaching” page.
Peter is a graduate of Northwestern University, and a member of SDC.
Website: www.peterflynndirector.com