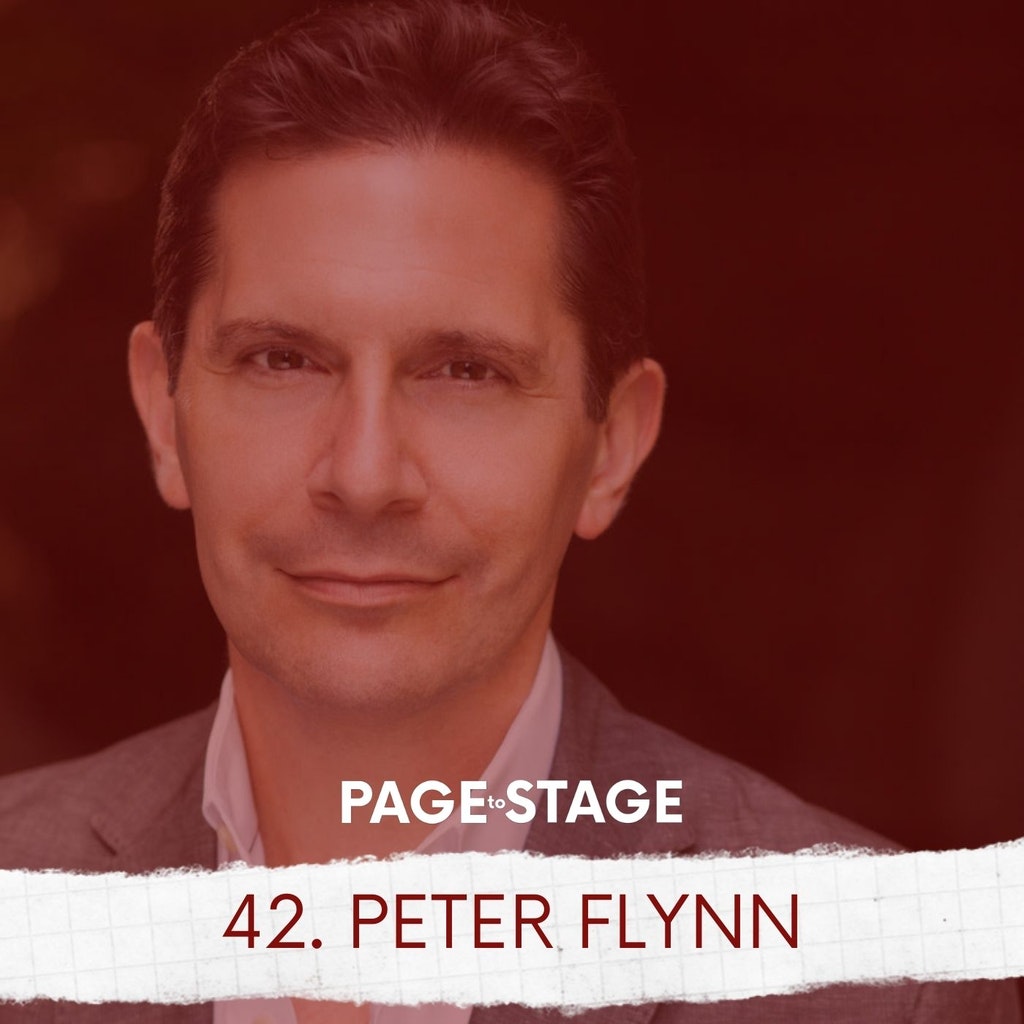 Thank you for taking the time to listen to our chat with Peter Flynn!

Peter is a New York based director, writer and teacher who works both in new work development, as well as staging classic American musicals in New York and for some of the most notable regional theaters.

Other credits include Andrea Martin’s one woman show, Andrea Martin: Final Days Everything Must Go; Katori Hall’s The Mountaintop; Gypsy at the St. Louis MUNY; Kiss Me, Kate for the Maltz-Jupiter Theatre where he has directed productions of Man of LaMancha (Carbonell Award, Best Director & Best Musical), Sleuth, & Other Desert Cities; and Into the Woods & Ragtime (Helen Hayes nomination for Outstanding Direction for both productions) for Ford’s Theatre where he is an Associate Artist.

As a writer, Peter is currently under commission to create the book for two new musicals: Lily, a musical adaptation of Edith Wharton’s The House of Mirth, and Love of the Game, an adaptation of the Michael Shaara novella. Both are written with composer/lyricist Brooks Ashmanskas. Love of the Game is receiving its first workshop in New York, spring of 2020. He has also written the scripts for the Drama Desk Awards, the Second Stage Theatre Annual Gala, the Guthrie Theatre’s 50th Anniversary Performance, and for industrials including Aztra-Seneca Pharmaceuticals.

Peter also creates and directs award-winning entertainment for Carnival Cruise Lines, with music ranging from Motown, rock, disco, and Cuban/Miami fusion. He is currently creating his latest show with Carnival to debut on a new vessel in the fall of 2020.

Peter is a graduate of Northwestern University, and a member of SDC.