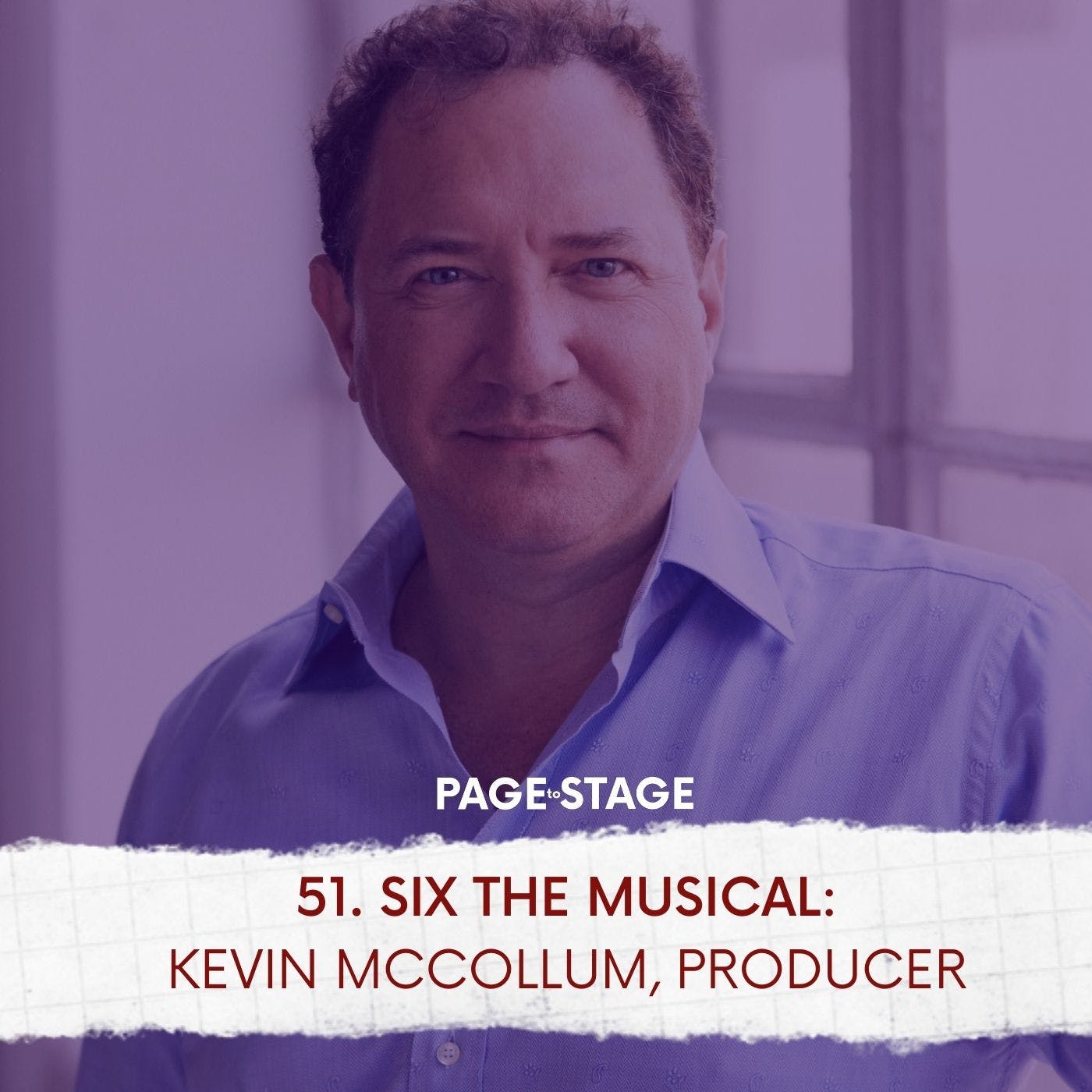 In the first episode in our SIX the Musical series, we sat down with Tony Award-winning Producer Kevin McCollum to learn about his process of bringing six queens to North America and then ultimately to Broadway.

Kevin McCollum has received the Tony Award for Best Musical for In the Heights (2008), Avenue Q (2004), and Rent (1996), which also won the Pulitzer Prize. Mr. McCollum is currently represented on Broadway with SIX and Mrs. Doubtfire, and off-Broadway and on tour with the Olivier Award-winning The Play That Goes Wrong. Mr. McCollum’s upcoming projects include the Broadway productions of The Devil Wears Prada and The Notebook, along with the new adaptation of West Side Story directed by Steven Spielberg.

He produced Motown: The Musical (Broadway, West End, UK & US Tours), Something Rotten! (Broadway, National Tour), Hand to God (Broadway, West End), The Drowsy Chaperone (Broadway), Mike Birbiglia’s The New One (Broadway, US Tour); Baz Luhrmann’s production of Puccini’s La Boheme in 2002, [title of show] in 2008, the touring and Broadway productions of Irving Berlin’s White Christmas, the off-Broadway hit De La Guarda, and the 2009 Broadway revival of West Side Story.

In 1995 Mr. McCollum co-founded the Producing Office, and has since created Alchemation, a theatrical and media producing company committed to new work. Mr. McCollum was trained at the University of Cincinnati College-Conservatory of Music, and earned his Master’s degree in film producing from the Peter Stark Program at the University of Southern California. In 1995, he received the Robert Whitehead Award for Outstanding Commercial Theatre Producing.