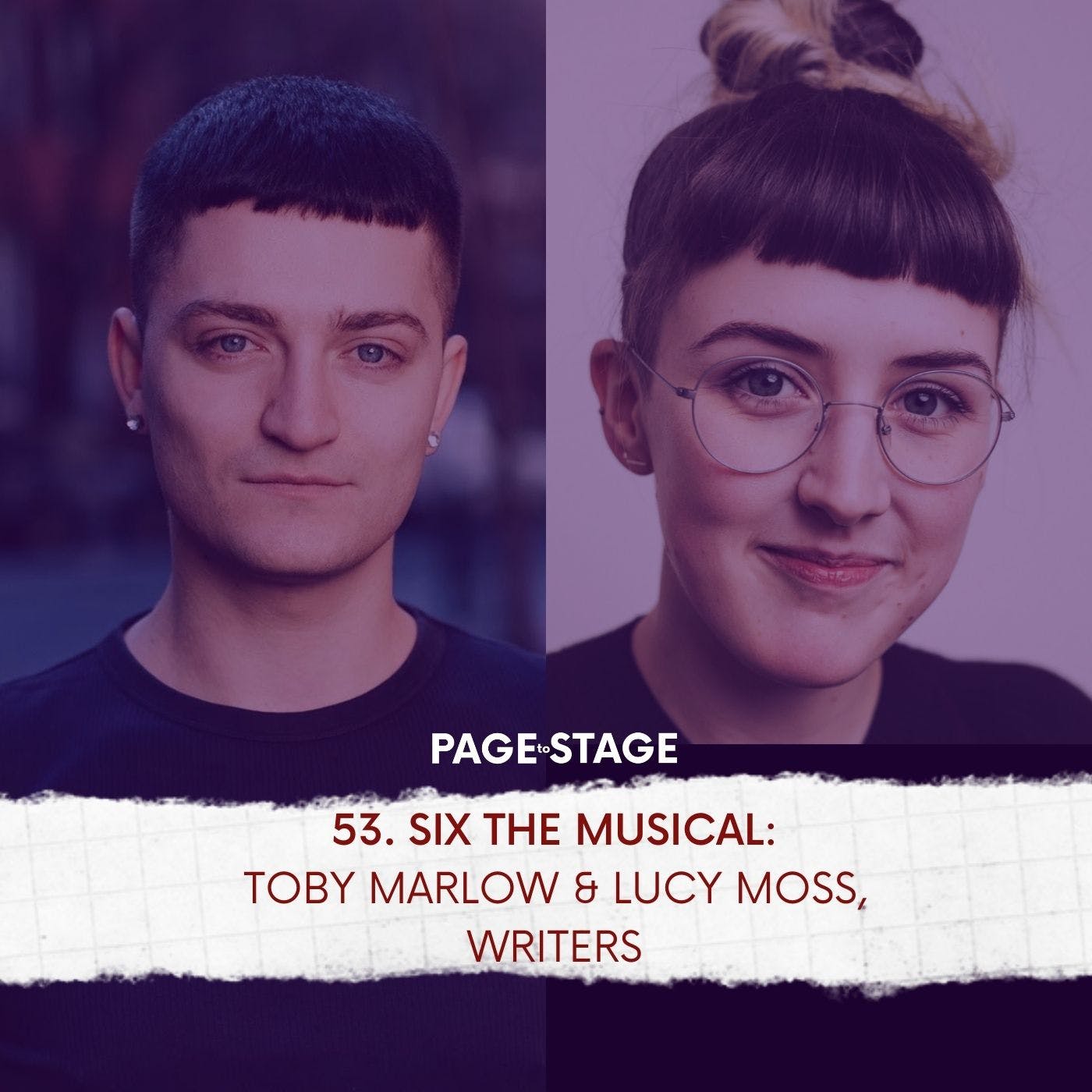 In this episode in our SIX the Musical series, we are chatting with the co-writers of SIX, Toby and Lucy! We chat all about their process from idea to paper… and then from the paper to the stage… and beyond!

Toby is the composer and co-writer of SIX, alongside Lucy Moss. Following the show’s debut at the Edinburgh Fringe in 2017, it has been performed in London’s West End, a UK Tour, three cruise ships, a North American Tour, Australia and Broadway. Toby is also the co-writer and co-performer of the award-winning Hot Gay Time Machine, which has enjoyed runs in London’s West End and at both the Edinburgh and Brighton Fringe Festivals. Other co-writing and composing credits include Courtney Act’s Christmas Extravaganza (Channel 4), Courtney Act: Fluid (international tour), and Stay Inside (for Kyle Hanagami). Toby studied English at the University of Cambridge. twitter/insta: @thetobymarlow

Lucy is one half of Marlow and Moss, the writing duo behind the musical SIX (West End, Broadway, Australia & New Zealand Tour). She is also one half of the show’s directors, making her the youngest woman ever to direct a musical on Broadway (lol). Other writer-director credits include the multi-award-winning Hot Gay Time Machine, (West End). She has also written for Courtney Act’s Christmas Extravaganza (Channel 4); Courtney Act: Fluid (International Tour) Stay Inside (for Kyle Hanagami). Previous directorial credits include Pelican: The Cat Man Curse (Soho Theatre); Pelican: Fisk (Soho Theatre). Lucy studied history at Cambridge University and trained in Dance and Musical Theatre at Laine Theatre Arts. socials: @mucyloss