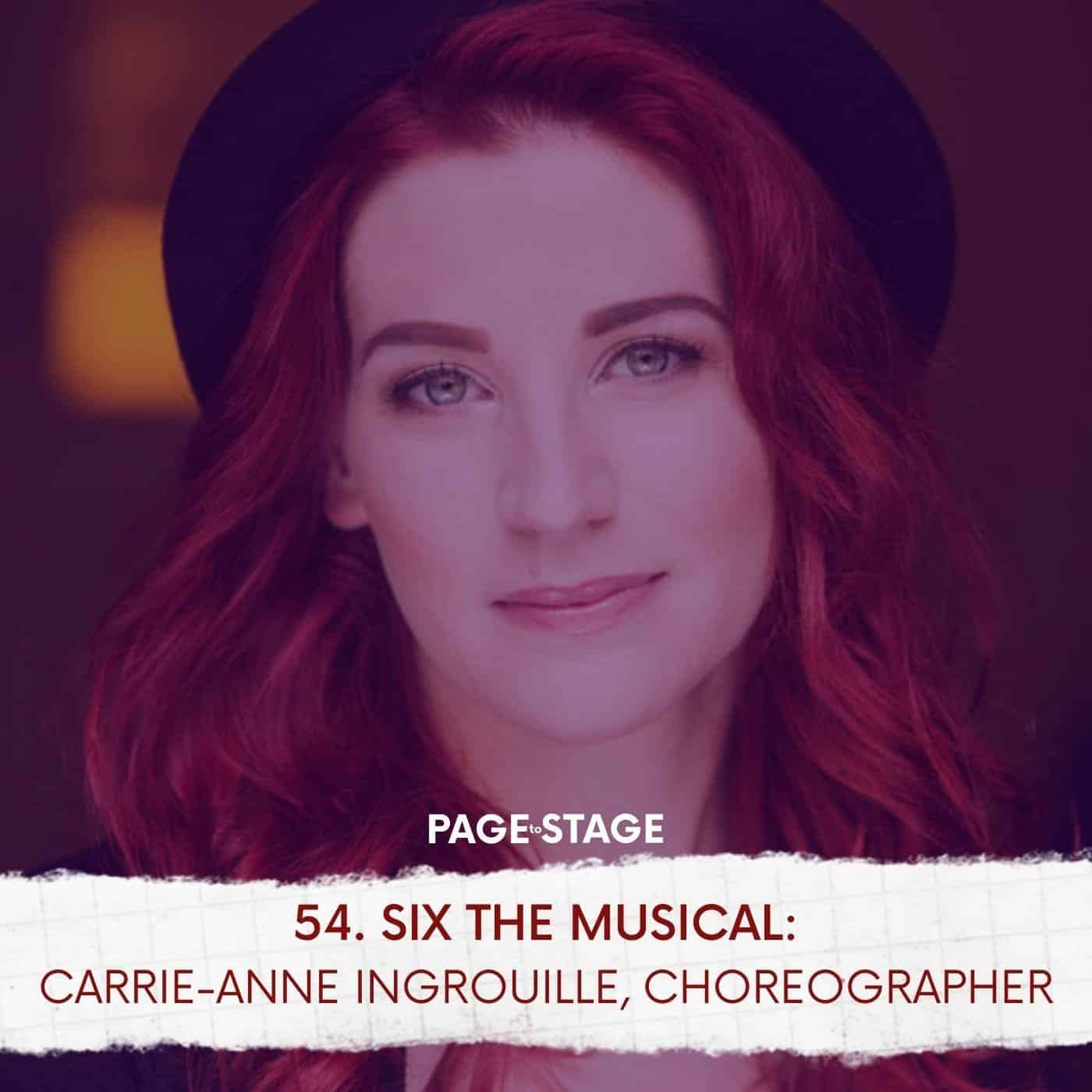 In this episode in our SIX the Musical series, we are chatting with the choreographer of SIX, Carrie-Anne Ingrouille! We chat all about her process working on multiple productions of SIX around the globe, how changes are implemented, and we even hear her break down the choreography from a song in the show!

Carrie-Anne Ingrouille is a go-to U.K. choreographer for multi-disciplined work. She is currently represented in the West End and on Broadway with her critically acclaimed choreography on SIX playing at the Lyric Theatre, London and the Brooks Atkinson Theatre, New York.

For her work on the show, Carrie has received an Olivier Award Nomination for Best Theatre Choreographer and WhatsOnStage, OFFIE, and The Elizabeth Sterling Haynes Award nominations for Best Choreography.

Forthcoming projects include choreography on Bernstein’s Wonderful Town at Holland Park Opera and the U.K. premiere of the Broadway hit musical Something Rotten for Birmingham Rep.: