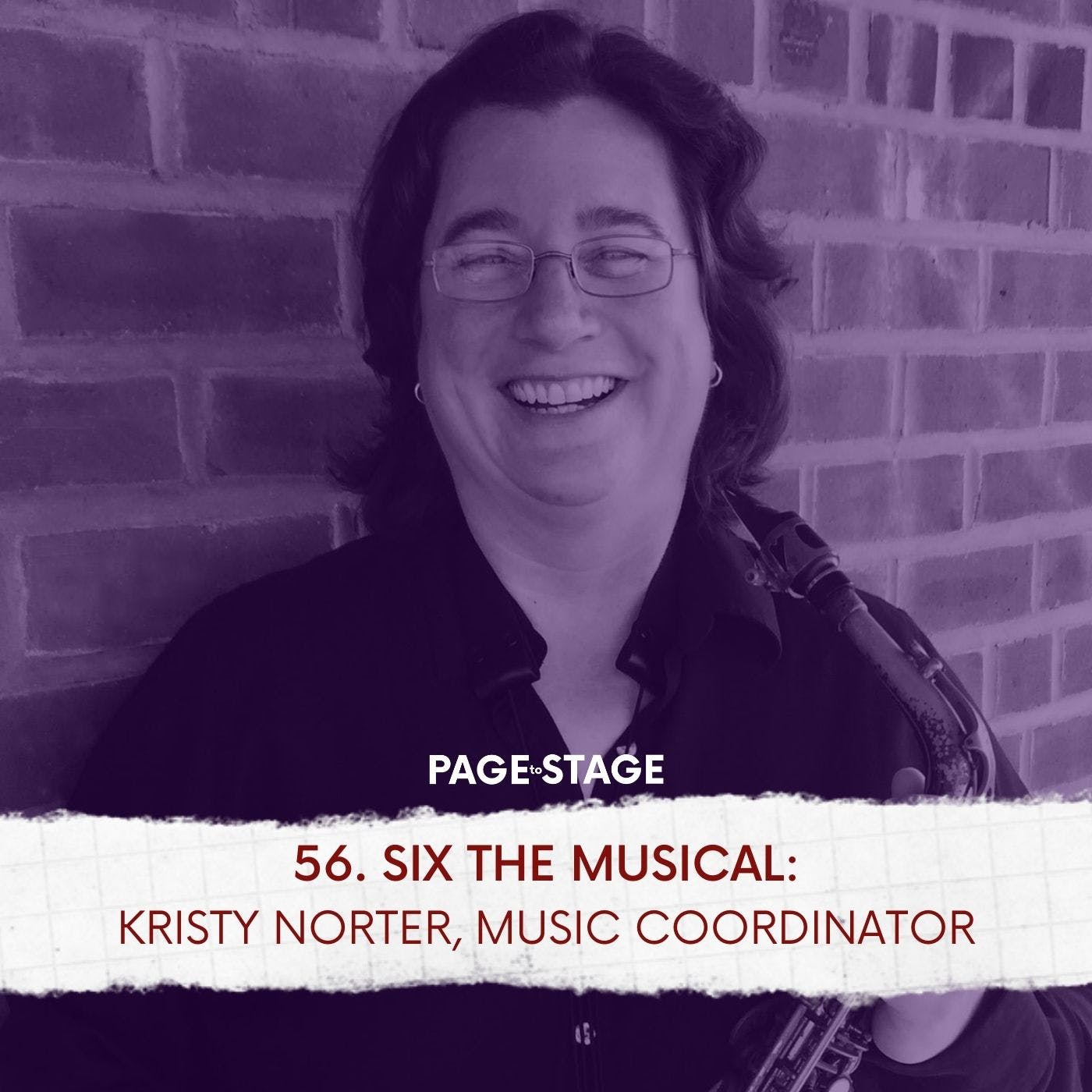 In this episode in our SIX the Musical series, we are chatting with the music coordinator of SIX, Kristy Norter! We chat all about her process overseeing that the production follows all the union rules for their musicians, how she balances contracting SIX and playing Saxophone at Tina: The Tina Turner musical at the same time, and so much more!

Kristy Norter is a freelance musician specializing in woodwind instruments. She is the music coordinator for SIX, making her the only female music coordinator on Broadway. Kristy also currently plays saxophone on Broadway in Tina: The Tina Turner Musical. Some of her past credits include A Bronx Tale, In the Heights, Newsies, Radio City Christmas Spectacular, the Big Apple Circus, Radio City Spring Spectacular, Himself and Nora, and multiple shows at the Paper Mill Playhouse including originating the Reed 1 books for Ever After, Bandstand, Bronx Tale, The Sting, The Honeymooners, Halftime, and Benny and Joon. Kristy has subbed on dozens of Broadway musicals and performed with many talented musicians including Idina Menzel, Chita Rivera, Nancy Wilson, Bernadette Peters, Kristin Chenoweth, Michael Feinstein, Bootsy Collins, the Four Tops, the Temptations, Princeton Symphony Orchestra, Broadway Backwards Orchestra, Broadway on Broadway Orchestra, Diane Schuur, and Alan Cumming. Her Music Coordinator credits include Cyrano, For Colored Girls, Kristin Chenoweth’s For the Girls Concert Series, and SIX.