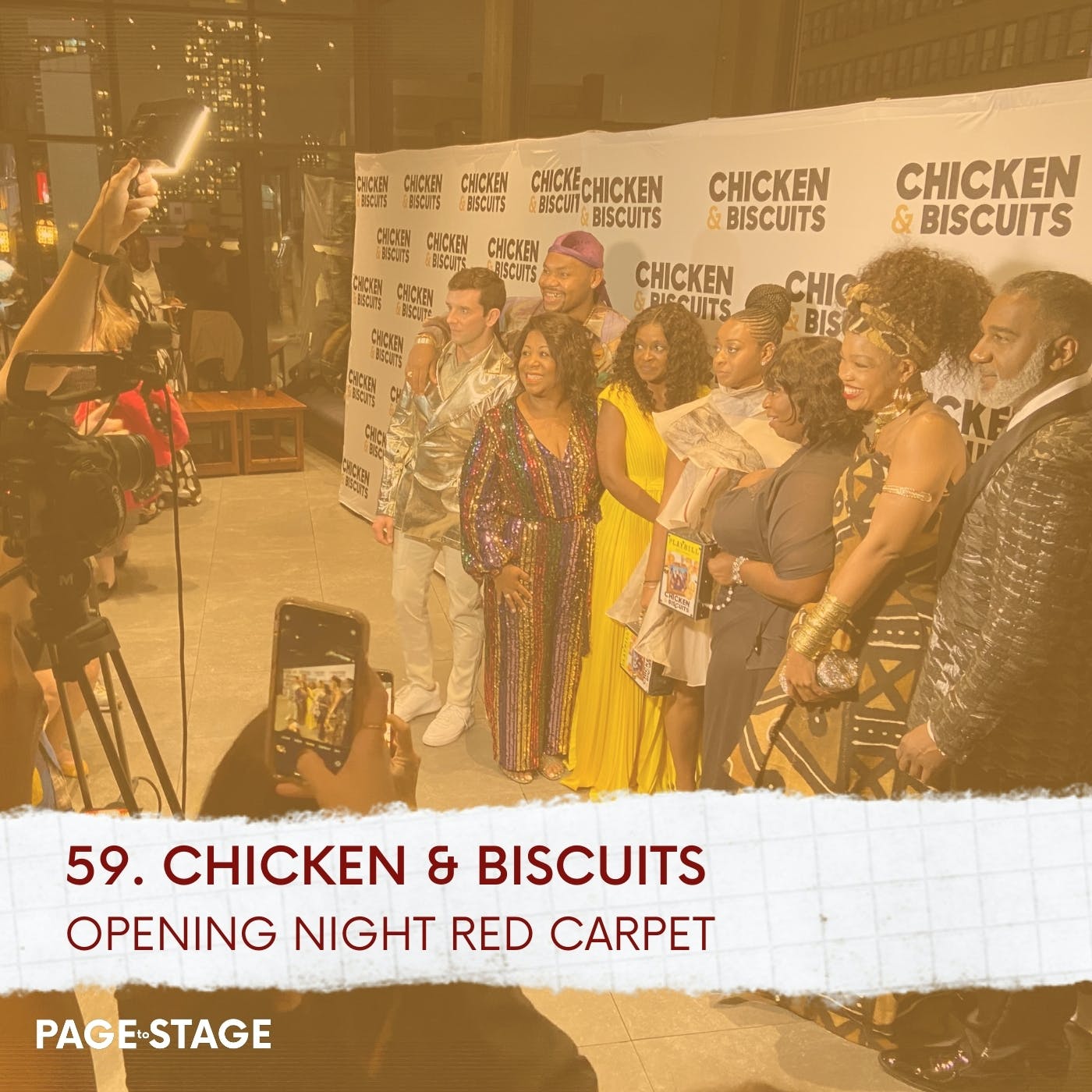 In this episode, you are attending the opening night of Chicken & Biscuits on Broadway with us! On October 10th, 2021, we had the pleasure speaking with members from the show’s cast and creative team along with many notable guests including Norm Lewis, Andrew Barth Feldman, Rachel Chavkin, Krysta Rodriguez, Michael Urie, Michael Park, Britton Smith, and so many more!

Broadway’s dishiest family is coming together for Grandpa’s funeral – hopefully without killing each other!

Rivaling sisters, Baneatta and Beverly, are burying their father—but it’s the non-stop family drama that might be the death of them. Beverly just wants to show the congregation what she’s been “blessed with.” Baneatta’s husband tries to keep the family peace while preparing the eulogy. Baneatta’s youngest son brings his very white, very Jewish boyfriend who is maybe, sort of, okay definitely afraid of Baneatta. Meanwhile, Beverly’s daughter couldn’t mind her own business if it was on a leash. But when a family secret reveals itself at the church altar, things really go crazy…and even Baneatta can’t deny the truth.