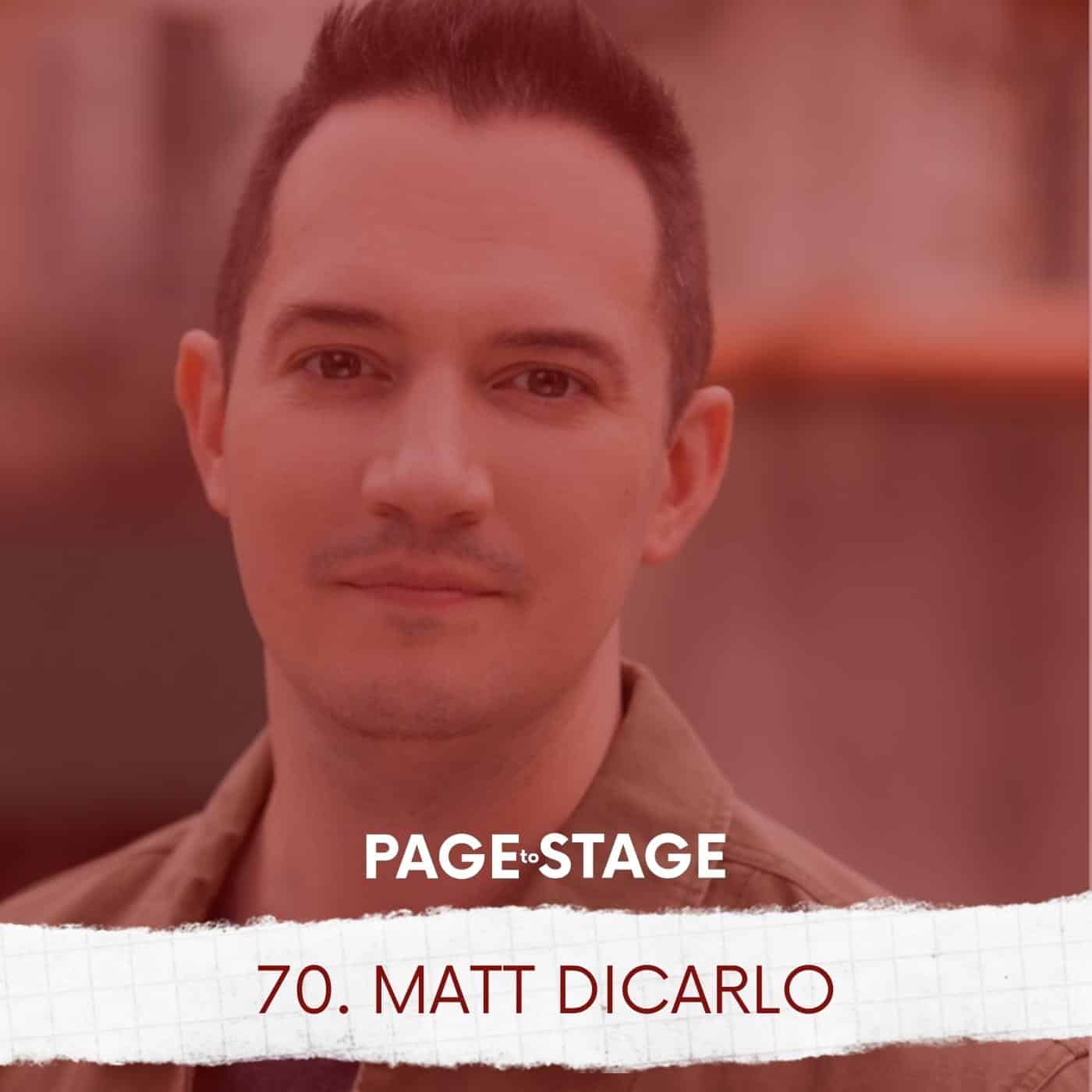 After establishing a career in stage management, Matt discusses his shift to directing

Thank you for taking the time to listen to our chat with Matt DiCarlo!

Matt is currently the Resident Director for Moulin Rouge! on Broadway and the Associate Director for the show’s upcoming North American Tour. He staged the Off-Broadway production and North American Tour of The Play That Goes Wrong and recently returned from South Korea, where he restaged the Broadway production of Beetlejuice for its run in Seoul at the Sejong Center for the Performing Arts. Matt was the Associate Director for the first national tour of The Color Purple revival and the second national tour of Rock of Ages.

As a Production Stage Manager, Matt helmed the Broadway productions of Beetlejuice, The Play That Goes Wrong, the Tony-winning revival of The Color Purple, Honeymoon in Vegas, and Rock of Ages. He also worked as the PSM for the world premieres of A Walk on the Moon (A.C.T.), Up Here (La Jolla Playhouse), and Piece of My Heart: The Bert Berns Story (Off-Broadway). Other stage management credits include Broadway Bares 2017, Broadway Backwards 6, 7 & 8, and over 12 productions at Paper Mill Playhouse, including The Sound of Music, Peter Pan, Steel Magnolias, Little Shop of Horrors, and The Full Monty.

Matt’s corporate event experience includes projects with Empire Entertainment, David Stark Design, and Civic Entertainment. Favorites include events with Target, McDonald’s, and the AMC Upfronts. Matt currently is on the faculty at Columbia University and has guest lectured at several universities including Yale and Carnegie Mellon. He graduated with a BFA from Mason Gross School of the Arts at Rutgers University. Matt currently lives in South Orange, NJ with his financé, Joey, and their sweet little Morkie, Max.