Ever wonder how to break into the business of Broadway? From how to get an agent to how to navigate open calls, we cover it all. This podcast is an insider’s roadmap to making it on Broadway. Hosted by Kerry Butler.

Kerry Butler is a Tony nominated actress who made her Broadway debut in 1993 in Blood Brothers, before starring in shows such as Beauty and the Beast, Les Mis, Hairspray, Little Shop, Xanadu, Rock of Ages, Catch Me If You Can, Disaster!, and Mean Girls. She has numerous on screen credits such as 30 Rock, Cupid, The Mindy Project, Blue Bloods, and Gilmore Girls: A Year in the Life. She was last seen as Barbara Maitland in Beetlejuice on Broadway. 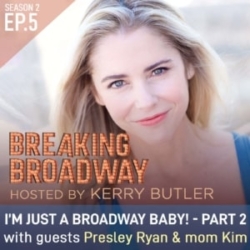 This episode features more of my conversation with my friend from Beetlejuice, Presley Ryan, and her mom Kim about getting into the business as a kid and what it’s like being the youngest person in the ...
March 7, 2022 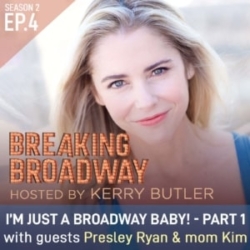 This episode is for all the child and teen actors out there (and your parents!)  I ask my friend from Beetlejuice, Presley Ryan, and her mom Kim all about getting into the business as a kid and what ...
February 21, 2022 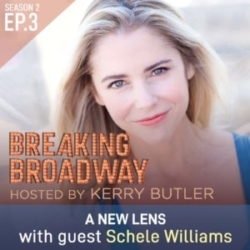 In this episode we're joined by Schele Williams, director of the upcoming revival of AIDA. We explore looking at the world and theater through a post-COVID lens, talk about her children’s book Your ...
February 14, 2022 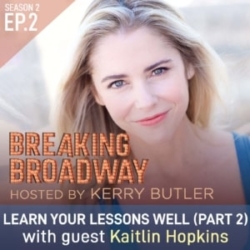 We continue our interview with Kaitlin Hopkins from Bat Boy fame and currently the head of the Musical Theatre program at Texas State University. In this episode she talks about the mental wellness program ...
February 7, 2022 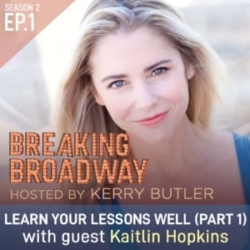 Ask and you shall receive! This episode is all about going to college for theater.  Kaitlin Hopkins created the BFA Musical Theatre program at Texas State University, ranked in the top 10 musical theatre ...
January 31, 2022 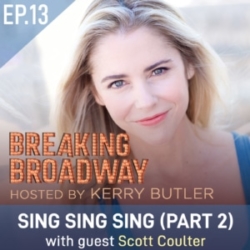 Turn those no’s into yes’s and make your own work.  Scott Coulter tells us how he started his own company spot-on entertainment, and now produces concerts around the country. He explains how you can use your voice and passion for performing in other ways outside of broadway. Learn how to take control of ...
September 22, 2020