In year four of sharing a dressing room at Broadway’s Jersey Boys, hosts Cara Cooper and Jessica Rush found themselves in uncharted territory, juggling motherhood and eight shows a week. Knowing they weren’t alone in the struggle, they founded a support group for mothers in the business of show, called Broadway Baby Mamas. Join Cara and Jessica as they discuss in depth the usually funny, always emotional and very frank comedy and tragedy of motherhood with today’s great mamas of Broadway and beyond. Make sure to find out more information about them and the podcast via mamastalkinloud.com. 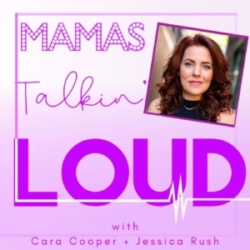 We often say that the conversations we have with our guests should feel just like we are girlfriends chatting in the dressing room. That has never been more true than our season finale with Broadway and West End star Rachel Tucker. Rachel joined us to talk ‘Defying Gravity’ ...
August 1, 2020 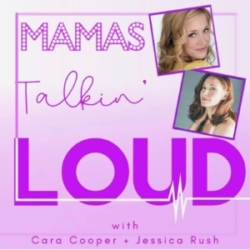 Haven Burton joins us again to share her experience as a mother of special needs children, particularly what it has been like during quarantine. We discuss the specific struggles of remote learning and tele therapy, what’s it’s like to be not only a teacher, but a physical, occupational, ...
July 19, 2020

Nili Bassman joins us again to talk about the lighter side of loving a child with special needs. Yes, there are struggles, extra hurdles, therapies etc, but there is incredibly immense joy in seeing your child grow and develop in his or her own time and way. We ...
July 17, 2020 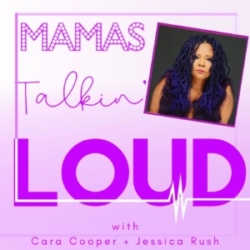 Tony Award Winner, Tonya Pinkins joins us to share her profound wisdom gleaned from being a single mother of four, a pioneer in the world of labor and delivery in New York City, and a voice for the underrepresented. By always making her children a priority, she has ...
July 10, 2020 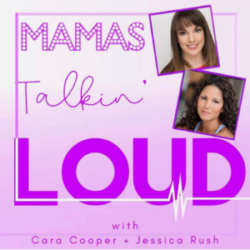 #33 – Kara Lindsay and Jenn Rias, A Mother is Born

Two months into quarantine, we talked to new mothers Kara Lindsay and Jennifer Rias about what it’s like to isolate with a young baby. From finding out you’re pregnant on your first day of rehearsal to wearing a thong onstage while carrying a baby, these Broadway Baby Mamas ...
July 4, 2020 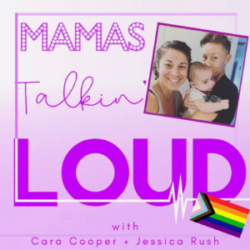 #32 – Stephanie Klemons and Colleen Quinn, Two Moms and a Baby

Wrapping up our Pride Month series, Stephanie Klemons and Colleen Quinn join us to chat about their journey to Motherhood. We dig deep with these incredible women, discussing everything from how they chose who would carry their first child, to battling an internal guilt for not adopting. The ...
June 27, 2020