“The Fabulous Invalid” is a Broadway-centric podcast hosted by theater stalwart Jamie Du Mont, writer and critic Rob Russo, and Tony Award nominee Jennifer Simard. On a weekly basis the group takes a 360 degree view of the business of Broadway through interviews with actors, writers, directors, designers, and everyone in between. Pull up a chair and join them as they gossip a bit, banter about the latest news, and get up-close with the most prominent players currently working in the theater. The podcast takes its name from the title of a 1938 backstage play by George S. Kaufman and Moss Hart that has since become a loving nickname for Broadway itself—always deemed on the verge of decline, yet always bouncing back: the fabulous invalid! 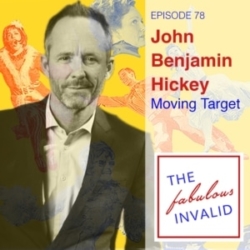 On this week’s show, Jamie, Jennifer, and Rob are joined by actor and director John Benjamin Hickey. Everyone checks in on how they’re dealing with the shut down and trying to stay sane, then John discusses his most recent projects: starring in last season’s “The Inheritance” and his ...
May 20, 2020 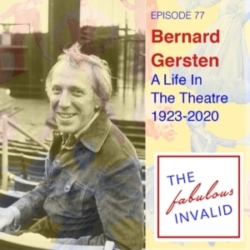 This week’s show is a special tribute to the life and legacy of Bernard Gersten (1923-2020), a trailblazing producer and non-profit administrator responsible for the success of the Public Theater and Lincoln Center Theater (LCT). Jamie and Rob sat down with Bernard last summer for what would be ...
May 13, 2020 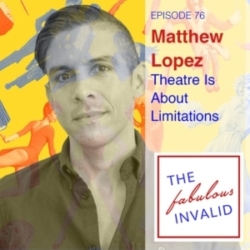 On this week’s show, Jamie and Rob share their interview with Matthew Lopez, playwright of “The Inheritance”, which played on Broadway this season. Together, they talk about Matthew’s inspiration for writing the play, the importance of sharing history and experiences across generations—particularly within the queer community—Matthew’s reaction to the ...
May 6, 2020 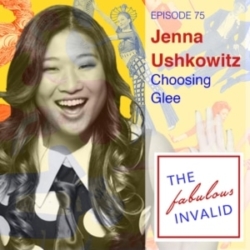 On this week’s episode, Rob and Jamie chat with Rob’s high school friend, actor, author, activist, podcaster, and producer Jenna Ushkowitz. Together, they talk about Jenna’s diverse career, from making her Broadway debut at age nine in “The King and I” to her recent Tony Award-winning foray into producing, ...
April 29, 2020 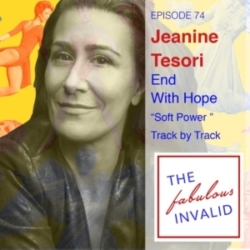 On this week’s show, Jamie and Rob celebrate the recent release of the “Soft Power” cast album with the musical within a play’s Tony Award winning composer Jeanine Tesori, best known for writing the scores to “Fun Home”, “Caroline, or Change”, and “Thoroughly Modern Millie”, among others. Together, they ...
April 22, 2020 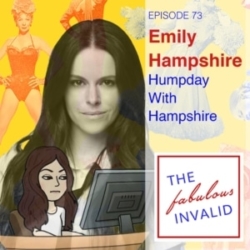 On this week’s show, Jamie, Rob, and Jennifer chat with “Schitt’s Creek” star Emily Hampshire about her new online talk show “Humpday With Hampshire” that benefits the Actor’s Fund. Together, they discuss Michelle Obama and Dolly Parton, Emily’s love of bitmojis, and what it was like saying goodbye to ...
April 15, 2020