How and why did a 25-year-old with a Pikachu bedspread become the #1 terrorist in the United States? In 2017, REALITY WINNER, a highly decorated former Air Force linguist was charged with leaking proof of Russian interference in the 2016 election to the media. Her goal – to help protect Democracy. Reality received the longest sentence ever imposed for unauthorized release of government information – five-years, three-months – for her patriotic efforts.  THIS IS REALITY captures the unfolding events of the interrogation, the trial, the imprisonment and the current efforts to pursue clemency with those that were ‘in the room’ where it all happened.

GET TICKETS TO THE BROADWAY PLAY 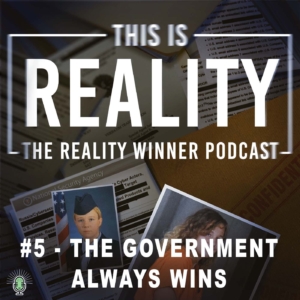 In this episode, we go in depth into the legal challenges that Reality faced while being charged under the Espionage Act with her defense lawyer, Titus Nichols. We go through her bond hearings, appeals, ...
December 2, 2021 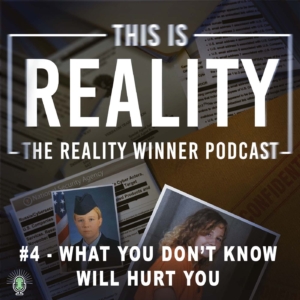 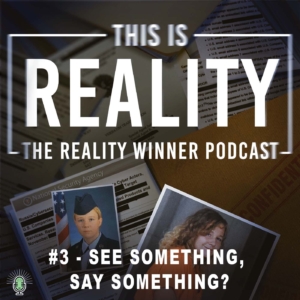 #3 – See Something, Say Something?

We explore how the effects of a post 9/11 national security state, the Espionage Act of 1917, and the current events of 2017 have all created the perfect storm for Reality Winner to become the most prosecuted ...
November 3, 2021 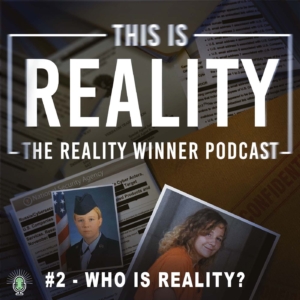 Who is Reality Winner? This episode introduces us to the young woman with a fondness for CrossFit, r ...
October 25, 2021 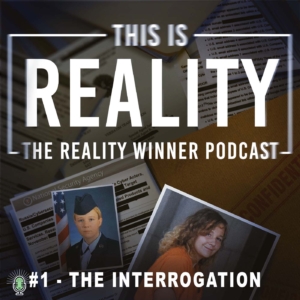 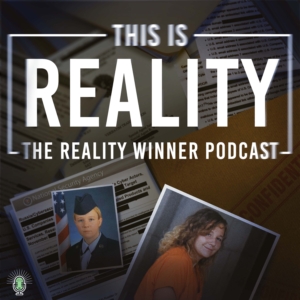 This is Reality- Podcast Teaser