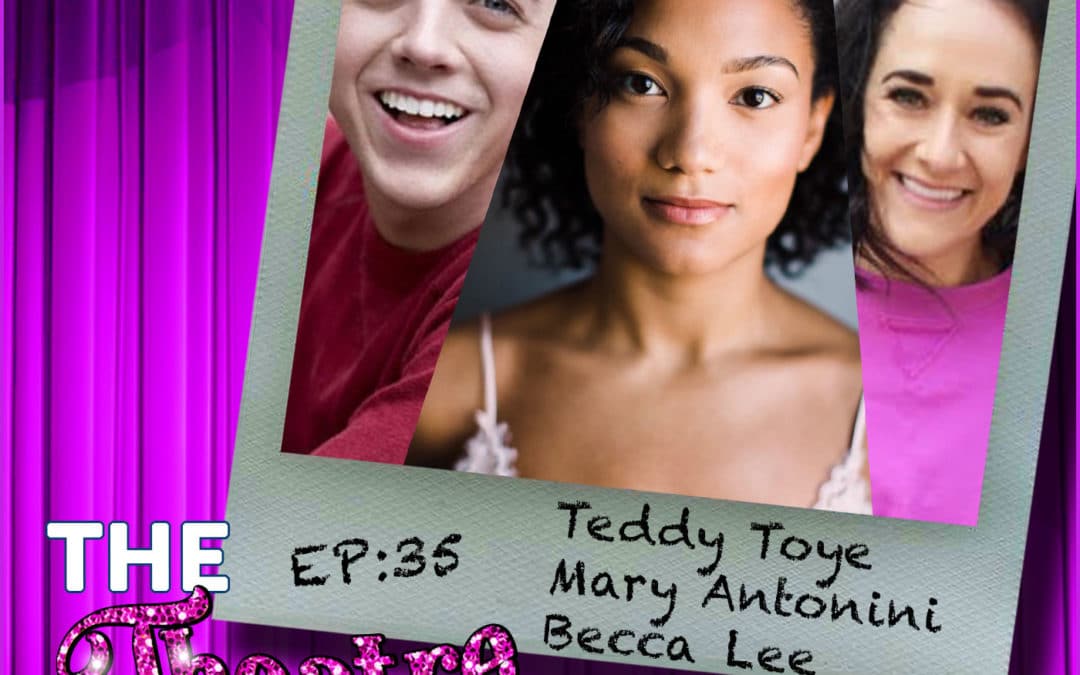 This special episode features Becca Lee, Teddy Toye, and Mary Antonini, three of the amazing ensemble members from The Prom. Their real-life friendship translates to their on-stage characters in a way very few other shows can claim, adding to endless list of what makes The Prom such an amazing show to watch. The Prom is nominated for 7 2019 Tony Awards, including Best Musical. On the episode, Teddy, Becca, and Mary tell heartfelt stories about their time with the show.  They tell the story of the group of teenagers who chose to spend their actual prom nights seeing The Prom. We hear about Becca’s dancing stint for the NY Knicks, Teddy’s love of golf, and Mary’s validation as a triple threat by playing Anita not once, but twice in two production of West Side Story.