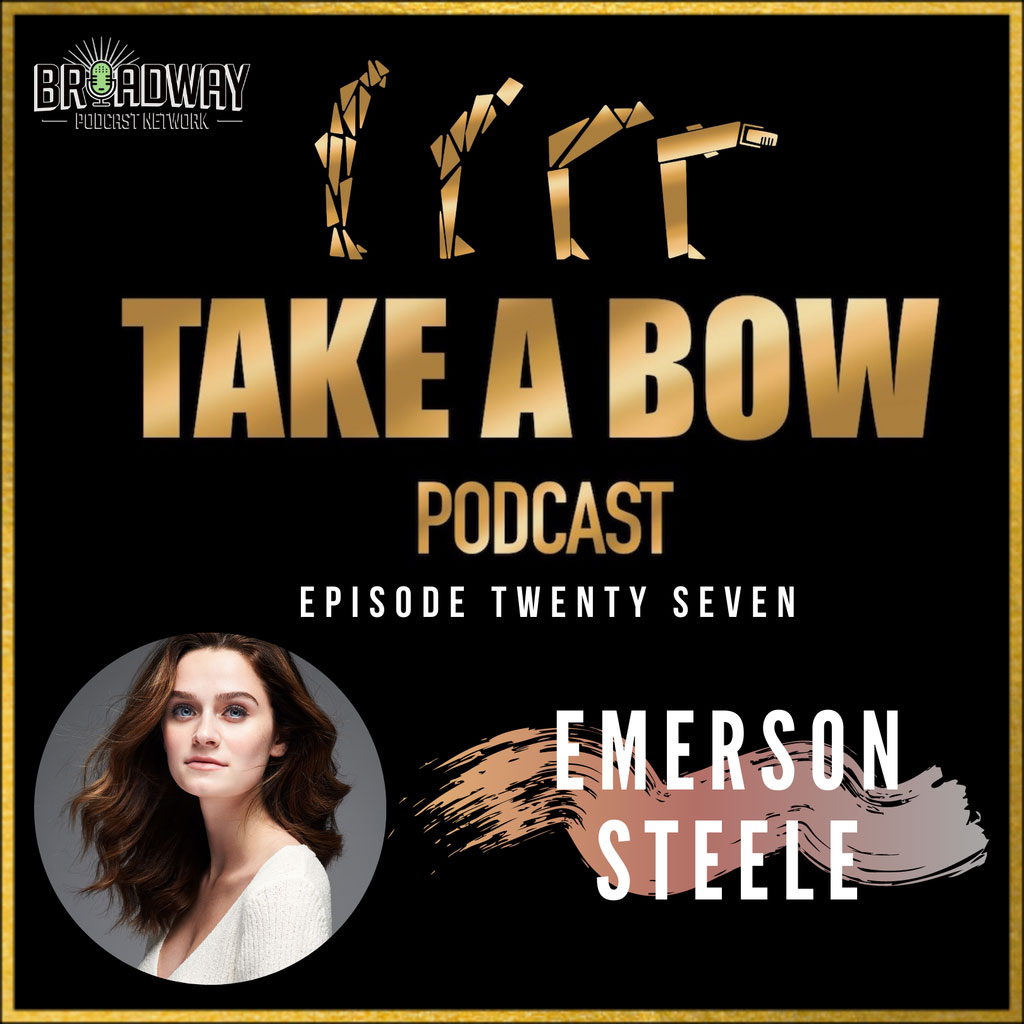 Take A Bow with Emerson Steele. Emerson made her Broadway debut in Violet and became the big sister on Broadway that season. She shares stories from being on Broadway, performing at Radio City, and Parade at Lincoln Center. We talk about what it’s like to move from a different and blindly step into the business and what that experience like. Now at NYU, she’s settling in to her adult career, relearning her gift and confidence which she guides listeners through.